More general food writing from your hosts about their lives, growing up, what food means to them, etc. Brace yourself for trips down memory lane from a variety of authors, some silly, some sentimental. 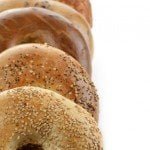 This piece was written in 2005. Since then, Michael and Nick Zukin have written an excellent book, The Artisan Jewish Deli at Home. For Jewish deli devotees and DIY food fanatics alike, the book is a collection of over 100 recipes for creating timeless deli classics, modern twists on old ideas and innovations to shock … END_OF_DOCUMENT_TOKEN_TO_BE_REPLACED 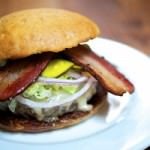 When I look back on some of the earliest times of my life, I realize that I was born to be a food geek. It is no wonder I spend most of my time these days eating and writing about food. At twelve I was a bit of a skateboard nut, quite stupid, and usually hungry. I am sure I would be 300 pounds today if it weren’t … END_OF_DOCUMENT_TOKEN_TO_BE_REPLACED

"Herb Caen once noted that the Blue Fox served radicchio salad 35 years before it became trendy" When I was very young, my parents took the family to The Blue Fox restaurant in San Francisco. It's long gone, but at the time it was considered one of the better restaurants in the United States. Looking back, I can’t … END_OF_DOCUMENT_TOKEN_TO_BE_REPLACED