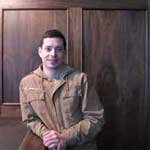 Sure, you thought that you’ve been in Portland’s hippest coffee shops, sipped on single-origin French press while enjoying the pour over bar, sleek furnishings and espresso equipment that likely is worth more than your car. But now that’s water under the bridge. Add all of that to a high definition surround sound system (need to hit the restroom? Yeah, there’s a speaker in the … END_OF_DOCUMENT_TOKEN_TO_BE_REPLACED 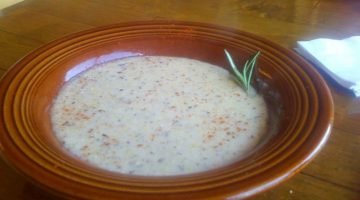 Kevin, Brian and Walt are anxiously awaiting the opening of their third Pine State Biscuits outlet on NE Alberta and judging by the near constant around-the-block lines at the Farmers’ Market and Belmont shop, the new location will further fuel their cult following. And while the space is double that of their Belmont location, don’t expect a leisurely restaurant experience. … END_OF_DOCUMENT_TOKEN_TO_BE_REPLACED 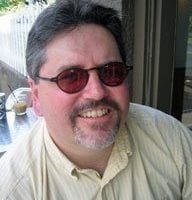 History, Trade, Commerce, Warfare: "In the Center" with Dave Machado Nel Centro, Dave Machado's latest venture, is a hard-hat-only area in late March. Standing amid buckets of grout and workers using acetylene torches, Machado explains how he came to open his third Portland restaurant in the eight-thousand-square-foot space on the ground floor of the Hotel Modera."You … END_OF_DOCUMENT_TOKEN_TO_BE_REPLACED 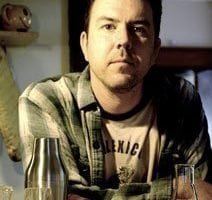 It doesn't take long to realize the successful chefs and bartenders in this town are a part of a small, tight family. And Kevin Ludwig is definitely an important member. The Portland transplant has been here since 1993 and has strained martinis all over Puddletown's finest dining rooms (Wildwood, Park Kitchen, Paley's Place, Clyde Common). Now he's about to make his dreams come … END_OF_DOCUMENT_TOKEN_TO_BE_REPLACED 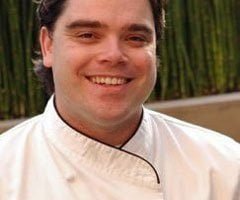 A Conversation with Ten 01's Chef Jack Yoss and Owner Adam Berger. [Ten 01 was my pick for Restaurant of the Year for 2008]Timing--like many things in life--is everything. The timing of this interview happened less than a day after Portland Food and Drink named Ten 01, Restaurant of the Year. The two important forces of Ten 01, Jack Yoss and Adam Berger, were pleased with … END_OF_DOCUMENT_TOKEN_TO_BE_REPLACED