It seems like this will never end. The James Beard Awards finalists were announced today. Here are the Portland Nominees:Books - Vegetable Focused and Vegetarian Cookbooks: Roots, by Diane MorganBooks - Single Subject:Modern Sauces: More than 150 Recipes for Every Cook, Every Day, by Martha HolmbergBooks - Baking and Desserts:Flour Water Salt Yeast: The … END_OF_DOCUMENT_TOKEN_TO_BE_REPLACED

As every year about this time, the James Beard Foundation announced its huge list of semifinalists for the 2013 Restaurant and Chef awards. While the list includes plenty of local chefs and restaurants, no Portland restaurants are nominated in the "Best Restaurant" section. Note that Portland also did not get any nominations for "Best Service" (gasp).For maximum press … END_OF_DOCUMENT_TOKEN_TO_BE_REPLACED 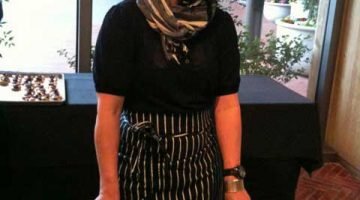 <Updated>According to building permits, Naomi Pomeroy's restaurant Beast, is moving into the now vacant space across from Grüner at 12th and Alder. Naomi announced a few weeks ago that she would be relocating after losing her lease. Beast is a standard foodie tourist stop, and has been featured in magazines and articles around the nation. More information as it comes … END_OF_DOCUMENT_TOKEN_TO_BE_REPLACED

The James Beard Foundation Dinner on Sunday at the Multnomah Club was one of the most sought-after events in some time. We took some pictures so you can see what it was like. Please excuse the cell-phone quality - we were busy eating. … END_OF_DOCUMENT_TOKEN_TO_BE_REPLACED