You are here: Home / Archives for Bailey's Taproom

Just in time for the 2015 Craft Brewers Conference, the survey results for the Best Beer Bar in Portland are in! This year we see the usual suspects; just the order has changed. I'm glad to see Horse Brass on top, and am happy to see relative newcomer Stammtisch make the list. 1190 votes cast: 1. Horse Brass … END_OF_DOCUMENT_TOKEN_TO_BE_REPLACED 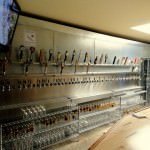 The results have shuffled in the 2013 vote for Best Beer Bar in Portland Oregon. When I was in college, a nearby restaurant which went by the unfortunate nickname of "The Refectory" which was immediately renamed "The Rat Factory" by students - for good reason, had a list of 150 beers (I think that was the number). When … END_OF_DOCUMENT_TOKEN_TO_BE_REPLACED 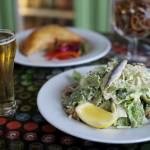 The survey results for Best Beer Bar were similar to the 2011 rankings, when Horse Brass, Saraveza and Bailey's Tap Room were on top. Odd that after so many votes there were three ties. Out of 680 votes cast: 1. Saravesa Bottle Shop & Pasty Tavern 12.6% of the vote. 1004 North Killingsworth Street Portland, … END_OF_DOCUMENT_TOKEN_TO_BE_REPLACED 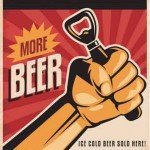