You are here: Home / Archives for El Gaucho Restaurant

You can see the results of the entire Best of Portland 2010, including the "Best Restaurant in Portland" here, But first... 2010: FOOD TREND IN DESPERATE NEED OF RETIREMENT Bacon - by overwhelming majority Pork Belly - wow, people are really over bacon Foams - a very distant 3rd My vote: I'm a bit … END_OF_DOCUMENT_TOKEN_TO_BE_REPLACED 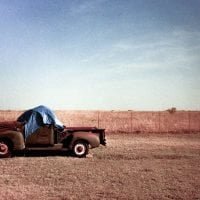 There are times I just can't help myself. I could just write a boring summary of the steakhouse project, even inserted some charts and graphs - and I love charts and graphs! However, I decided to go with my heart and tell you about a memory of long ago. I eventually get to the summary, but you'll have to work for it, … END_OF_DOCUMENT_TOKEN_TO_BE_REPLACED 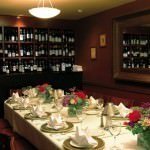 To many, El Gaucho epitomizes what a steakhouse should be. It feels sophisticated. The atmosphere is formal, the lighting dim and romantic, and lots of dark wood provides a backdrop to tinkling stemware and white linens. Live jazz wafts from the background as tuxedo-clad waiters scurry by with carts for tableside … END_OF_DOCUMENT_TOKEN_TO_BE_REPLACED

What is the best steakhouse in Portland? We decide to find out A friend called me a few weeks ago. "My boss is coming into town, and I need to take him to a steakhouse. Which one is the best?" I paused and thought about it. I really had no idea. I've heard good things about several, but as a dedicated gourmand, I … END_OF_DOCUMENT_TOKEN_TO_BE_REPLACED