You are here: Home / Archives for Luce Restaurant 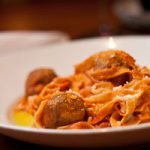 What restaurant has the best Italian food in Portland? I was curious how this survey question was going to come out, as we've had a steady increase in Italian restaurants over the years. Looking back at older surveys shows the trend away from simply serving a Caesar salad and a bunch of pasta has reached maturity, and … END_OF_DOCUMENT_TOKEN_TO_BE_REPLACED 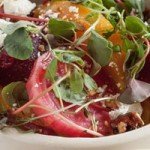 Nostrana restaurant in Southeast topped the reader survey as the Best Italian Restaurant in Portland every year since they opened. Not so in 2015. Ava Genes jumped Nostrana by 4%, making it a clear winner, which surprises me because it is also probably the most expensive Italian in Portland, with large plates starting … END_OF_DOCUMENT_TOKEN_TO_BE_REPLACED

Bon Appetit has published their final list of Best New Restaurants in America", and one Portland restaurant, Luce made the cut at number 4 on the list of ten. Note: oddly, Luce has been removed from their list without any reason given. Here is an excerpt: ... Inside the simple all-white storefront, shelves are … END_OF_DOCUMENT_TOKEN_TO_BE_REPLACED 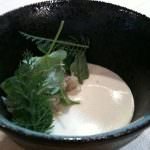 Kitchen Share, a "kitchen tool lending library" is opening in SE Portland. According to the press release, "Kitchen Share SE will be a place where community members can borrow equipment and share in the joy of processing, preserving, and serving food". "The lending library will offer a small collection of … END_OF_DOCUMENT_TOKEN_TO_BE_REPLACED