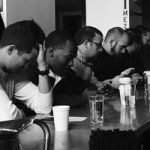 The Results for the 2017 Best Cocktail Bar in Portland are surprising.

Teardrop Lounge, which has topped this list every year other than 2011 suddenly dropped to number four. In its place, the next top choices all bumped up one.… Read the rest

Portland is an amazing cocktail town. We were, and many say still are, on the forefront of the cocktail revolution, with some of the finest bartenders anywhere claiming residence in our city. So if you want a break from hops, what is the best cocktail bar in Portland?… Read the rest

The Daily Meal asked top chefs to rate America’s food critics. In their first annual critics’ scorecard, The Daily Meal polled dozens of the nation’s most notable chefs and restaurateurs and asked them to vote on America’s best known critics.… Read the rest