You are here: Home / Archives for People's Pig BBQ 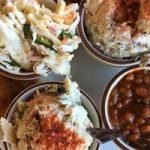 It is one of the most polarizing foods, but the majority of you have a strong opinion on the Best Barbecue in Portland While Podnah's Pit has easily topped your list for many years, more competitors have opened and they are starting to make inroads on the king. The top three choices stand significantly above the … END_OF_DOCUMENT_TOKEN_TO_BE_REPLACED 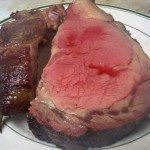 The first place winner for Best Barbecue in Portland is always the same. However, Smokehouse 21 (now expanded to Smokehouse Tavern) is continuing to pick up votes, rising from 6% in 2013. More interesting, is that Podnah's huge share has dropped - it received a whopping 72% of the vote in the last survey, but has now … END_OF_DOCUMENT_TOKEN_TO_BE_REPLACED