You are here: Home / Archives for Raven & Rose Restaurant 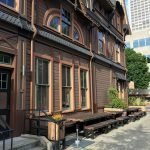 Raven & Rose has announced that Daniel Mondok has taken over the kitchen as executive chef. Raven & Rose owner Lisa Mygrant is working with Mondok to strengthen and deepen the restaurant’s focus on the cuisine of the British Isles. Combined by the bar talents of Dave Shenaut, this could be the kick the … END_OF_DOCUMENT_TOKEN_TO_BE_REPLACED

Portland is an amazing cocktail town. We were, and many say still are, on the forefront of the cocktail revolution, with some of the finest bartenders anywhere claiming residence in our city. So if you want a break from hops, what is the best cocktail bar in Portland? The list contains most of the standards you'd … END_OF_DOCUMENT_TOKEN_TO_BE_REPLACED 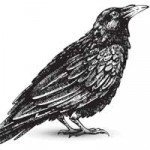 Now that chef David Padberg has left downtown's Raven & Rose to join the staff at Good Keuken culinary school, the restaurant has announced that Chef Troy Furuta will be taking over his position. From the press release - Furuta, a veteran of the Patina restaurant group in Los Angeles, is known for his … END_OF_DOCUMENT_TOKEN_TO_BE_REPLACED

Probably the biggest news of last week was that chef David Padberg of Park Kitchen is leaving the restaurant for Raven & Rose, the gastropub opening in the Ladd Carriage House on Southwest Broadway. From OregonLive.com, Other well-known Portland restaurant names -- including a GM and bar manager -- could be on the … END_OF_DOCUMENT_TOKEN_TO_BE_REPLACED