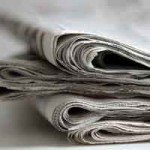 Toro Bravo, Tasty n Daughters and Tasty n Alder, Plaza Del Toro all closing permanently. Some of the saddest news I’ve heard in a long time breaking from the Oregonian.

Note: There seems to be some confusion as to whether the Oregonian got this story wrong.… Read the rest 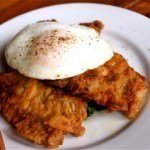 In February of 2010, John Gorham, the owner of Toro Bravo announced he was opening a second restaurant called Tasty n Sons* in the old Nutshell space on North Williams Avenue. Yes, Nutshell, a short-lived and lousy vegan restaurant which had replaced the equally lousy Anju, an Asian Fusion noodle bar.… Read the rest

Updated – Tasty n Sons has now closed. However, Tasty n Daughters has now opened at 4537 SE Division St, Portland, OR 97206. It has a similar menu and is just as good.… Read the rest