In February of 2010, John Gorham, the owner of Toro Bravo announced he was opening a second restaurant called Tasty n Sons* in the old Nutshell space on North Williams Avenue. Yes, Nutshell, a short-lived and lousy vegan restaurant which had replaced the equally lousy Anju, an Asian Fusion noodle bar. Bonus points and my condolences if you remember them.The North Williams … END_OF_DOCUMENT_TOKEN_TO_BE_REPLACED

You are in Portland for lunch and want a place you can sit down. Where do you dine? Note: I ran off on my trip this fall with a bunch of "best of" posts written and set to publish automatically. It wasn't until yesterday that I realized it had never happened. The best-laid plans... get ready for a slew of these.Where to get lunch is a common office debate, and the reader … END_OF_DOCUMENT_TOKEN_TO_BE_REPLACED 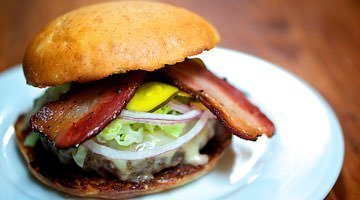 My Top 10 Portland Restaurants along with my next 15 for September 2016 This is the first update to my Top 10 Portland restaurants list since it was originally published in March. It’s the only local list that’s immune from p.r. and advertising pressures and is actually written by someone who’s lived in Portland forever, has been eating out almost nightly for 20 years (if you … END_OF_DOCUMENT_TOKEN_TO_BE_REPLACED [adrotate banner="66"]Michael Zusman goes to restaurants far more than I am able to, so I asked if he would be interested in an ongoing Top Ten Portland Restaurants list for the home page of the website. Fortunately he was happy to help, sending me 25.  FD]Originally, my Top 10 Portland restaurants list was something I put up on Facebook because I thought it needed to … END_OF_DOCUMENT_TOKEN_TO_BE_REPLACED