You are here: Home / Archives for Outdoor-Tables 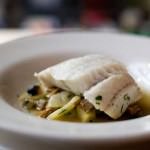 The Luddites were 19th-century English textile artisans, who violently protested against the machinery introduced during the Industrial Revolution. Chef Jason French pays homage to their mascot, Ned Ludd, for whom the movement was named, and cooks everything from a wood-fired oven. No other source of heat is used; it's … END_OF_DOCUMENT_TOKEN_TO_BE_REPLACED

OX restaurant is a temple to “the wood-fired grilling tradition of Argentina, and with it, the culinary heritage of Spain, France, and Italy”. Opened in early 2012 by Quiñónez and Greg Denton, Ox has shot to the top of  Portland's “must visit” restaurants, and placed number one on my 2012 Best New Restaurant … END_OF_DOCUMENT_TOKEN_TO_BE_REPLACED 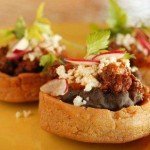 [This review is originally from 2006, but many parts have been rewritten for 2019, including some new dishes, great photos, updated prices, etc. Nuestra Cocina is our Reader's Choice for Best Mexican Restaurant 2012, 2013, 2015 & 2017.] There are few places in Portland that call to me. I can only take so … END_OF_DOCUMENT_TOKEN_TO_BE_REPLACED 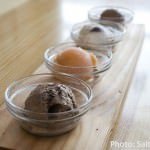 updated 6.17 When I was growing up, on hot summer days dad used to get everyone into the car and head out to Lancaster California to pick fat juicy cherries and sweet peaches from the old orchards. We'd make a day of it, hiking in "The Devil's Punchbowl", stopping for a burger at A&W Rootbeer, and driving home … END_OF_DOCUMENT_TOKEN_TO_BE_REPLACED 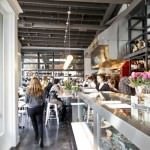 A review of Olympia Provisions, By Roger Porter Like impatient readers who sneak a look at the last page of a novel, I have a tendency to scan the dessert selections on a menu before checking out anything else. It’s probably because I want to gage my appetitive capacity to decide if I’ll save room for a sweet, or … END_OF_DOCUMENT_TOKEN_TO_BE_REPLACED 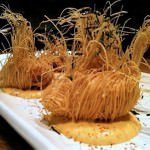 By Bruce Bauer There are times when I've gone to a restaurant and had an incredible experience, but for various reasons, I didn't make it back. Such was the case with Yakuza Lounge on Portland's northeast side. I had my first experience with my friend DOR last October. It was such an-out-of-control meal we ended up … END_OF_DOCUMENT_TOKEN_TO_BE_REPLACED

On a cool evening a few months ago, I sat with friends on the patio at Nel Centro. Three fire pits allowed heat to drift across our table. The flames, reflected in window after window of the hotel, were sometimes three layers deep. Sheltered from the transit mall, it was a little oasis. Vines climbed nearby walls, the … END_OF_DOCUMENT_TOKEN_TO_BE_REPLACED

A review of 23Hoyt Restaurant in Portland Since it was first built by Bruce Carey Restaurants, the 23Hoyt space has gone through multiple incarnations. The first was a short-lived Italian restaurant named Balvo, the second, 23Hoyt, managed by the well-known chef Chris Israel. Chris has now moved on to open his own … END_OF_DOCUMENT_TOKEN_TO_BE_REPLACED

Best Coconut Waters Updated 9.23.19 - added Maui & Son's. Full change list at bottom. What are the best coconut waters? Judging by the amount of shelf space devoted to them in grocery stores, coconut water is a popular item. Not being a huge … END_OF_DOCUMENT_TOKEN_TO_BE_REPLACED