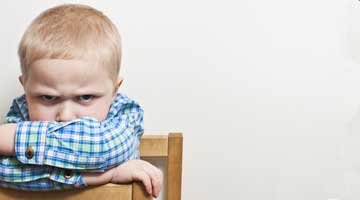 Introduction: I work the floor as a sommelier/manager in a busy restaurant five nights a week and try to dine out on at least one of my days off, so I’ve written this piece from the perspective of someone who has been an active participant on both sides of the table for many years. There are ways a customer can assist a restaurant in making their evening out memorable. Neither the diner nor the restaurant he/she has chosen for that night’s meal want anything to go awry. We all work hard, and a good meal should provide both solace and pleasure.

There are numerous articles on server etiquette and technique, but when have you ever read a piece on customer etiquette? I thought it might be useful to relate a few tips on how diners themselves can set the stage to make things flow smoother for them the next time they venture forth.

Have a Clue: Try to have a general idea of what you might want prior to arriving at the restaurant, i.e., do you feel like meat or fish? The longer you take to get things together, the longer it’s going to be before you eat. If you’re unsure, seek advice. Tell your server what your likes and dislikes are. Don’t be reticent to admit unfamiliarity with certain foods and wines. Popular Portland restaurants seem to get busy earlier rather than later, so if you’re arriving at 630pm and take 45 minutes to get an order assembled, expect to wait a while. When a place is full, I prefer to get all the ordering accomplished pretty much right away, especially if I’m well acquainted with the establishment. This affords me more time with my sweetie, and less time waiting for the server to return.

Give Direction: If there is something vital the staff should know in order to make the evening a success, tell them immediately (“We’re going to the theater and need to be out of here quickly,” or “My friend and I haven’t seen each other in two years, we’re in no hurry.”) If there are any folks with food allergies, vegetarians at the table or just questions about ingredients, tell the server right away and save disappointment later.

Know That You Are Not Alone: When entering a crowded restaurant, what’s the first thing you notice? There are a lot of people around. The chances that your waiter is on premise just to serve you alone are slim. This doesn’t mean you shouldn’t expect prompt attention, but if the service staff is slammed, I try to show patience with the situation (at least for a little while). A 20-minute wait without bread or wine on the table is unacceptable, however.

Treat Folks With Respect: There are times when people go out to have fun, and things can get loud. I like to rip it up as much as the next man, but at the same time I attempt to remain cognizant of who’s around me. If you’re partying hearty, remember that there may be children or the elderly seated nearby, and they probably don’t feel like sharing your mirth, so try keeping it down to a dull roar. In addition, if things aren’t going exactly as you had hoped (food not prepared properly, slow service, room too hot/cold, rude wait staff, etc.) tell a manager calmly about your misgivings. Barking epithets in a manager’s face concerning a subject about which he has no prior knowledge will not help the situation.

Do the Right Thing: Tipping is the customer’s option. I’m in the industry and always tip well. Even if the bisque is spilled directly on my shirt, I still leave something. It’s inherent. Let’s sum it up this way: at the end of the evening, if your expectations have been met, show your appreciation and take care of your server. But if there was a problem with the service, once again find a manager and say so. Problems can’t be corrected if they’re not conveyed. Nothing confuses a server more than receiving little or no gratuity from a table they had perceived as content.

Sharing fine food and wine in a welcoming/stimulating setting is an exercise in joy. Adhering to some of these concepts can’t guarantee a great night out, but they sure can help grease the wheels.