Is Ruth’s Chris Steakhouse the best in Portland? We take a look 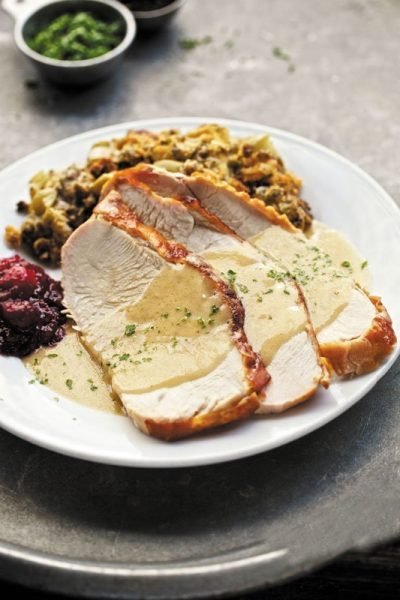 Ruth’s Chris is the largest steakhouse chain in the United States. As such, it was the first major restaurant of that type to give the Portland institution Ringside Steakhouse any real competition. When it opened I used to go now and then to experience something a bit more upscale, and I enjoyed the clean, modern yet clubby feel. Now with my steakhouse review project, it is time to take a thorough look.

Ambiance: Since the restaurant moved to the new location in 2014, it has gone much more upscale. If I am going to pay good money for a steak, I want the whole experience. The new location feels much more sophisticated than the old one, and the dress of the patrons reflects it.

Service: Overall, the service was excellent. The waiter was clear and concise, though it was a bit annoying to hear the table next to us being told about specials that were never mentioned to us. Another gripe, the water up-sell was worse than most: “Would you like sparkling, bottle flat, or JUST TAP WATER”, the last delivered with scorn that made us spontaneously roll our eyes as he walked away. A floor manager frequently scanned the room, always ready to step in to make sure guests were happy. I have some stock questions I ask the server at every location; this one answered every one correctly.  Overall, the service was excellent and attentive. A- (marked-down for the obnoxious water up-sell)

Overall, the service was excellent and attentive. A- (marked-down for the obnoxious water up-sell)

Salads: As per all these steakhouse reviews, we all had Caesar salads. This is of a fairly traditional middle-America nature, though somewhat small compared to other steakhouses. It is not made at the table as some are but is brought out on a plate, fairly small leaves, surrounded by four tiny tomatoes. The romaine was dressed properly, a decent shaved Parmesan cheese over the top. The dressing was better than I expected, with a nice burst of anchovy. Grade C+

The steaks were less impressive. We ordered them medium rare, but a New York (16 ounces) came medium well. The meat was not as high quality as some other steakhouses in town, and, combined with a steak knife that looked right out of a dollar store, was tough to cut. Unfortunately, the characteristics of a Porterhouse (28 oz) were similar, cooked medium instead of medium-rare, and a bit tough. The flavor of both steaks was pretty good, but they were both over-seasoned to the point where we kept the staff busy refilling our water glasses. For a restaurant that specializes in steak, if they do one thing right, this should be it. Grade C

Sides: Every steakhouse has different side dishes, but you can generally find similar offerings between restaurants. At this time of year asparagus is at its peak, but here it was thick and a bit woody. An accompanying hollandaise was broken and didn’t have much flavor. A second dish, potatoes au gratin in cream sauce was topped with melted cheddar. The potatoes were not under or overcooked, and the cheese was a bit sharp. No complaints if you are into that sort of thing. Bread and butter are served with every meal and is of better quality than most steakhouses.  Grade C

Other factors: Wines by the glass ranged from $9.50 to $34 for a Caymus cabernet. They also have a better than average selection of splits, which is nice if you are dining alone. The entire wine list is of moderate size and leans heavily towards California wineries. Only a few Oregon selections were available. The server seemed to have a good grasp of all the glass pours, and steered us to cheaper priced offerings rather than the most expensive – points in my book. Overall, the selection by bottle and glass was pretty good, with average restaurant markup. Stemware was of good quality. Corkage is $15.00.

I realize the steak plates are small to keep you from burning your fingers as they come to the table sizzling, but then you have to deal with a second plate for the side dishes. This would normally not be much of a problem, but those plates are tiny! Trying to fit a couple of items was more of a chore than it should be. Asparagus was so long it flopped over the edges. It was annoying.

This is the only steakhouse in my survey where I didn’t have dessert. From looking at the menu, and then watching them pass by all evening, there was nothing that made me the slightest bit interested. They all had that shipped frozen look to them, and I just couldn’t make myself taken in additional calories. That being said, desserts at many of the other steakhouses weren’t’ exactly winners.

The total cost of my average meal for two, consisting of two cocktails, two Caesars, two steaks, two sides, and two glasses of wine, priced in the center of the wine list, was $157.00.

This is the summary of a group of four steakhouse reviews. You can see the:

Previous Post: « Should Restaurant Reservation Deposits be Refundable?
Next Post: Restaurant Wine Lists: Getting the Most for Your Dollar »