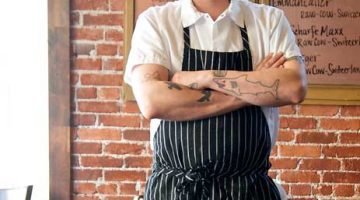 Over the next few months, I'll be running a series of articles which first appeared in About Face Magazine by Chris Angelus of Portland Food Adventures. Here is the first one - an interview with James Beard "Best Chef Northwest" award winner 2013, Gabriel Rucker. "The counter at Le Pigeon -- just go with what Gabe wants,"  That’s a common response from Portland’s chefs when … END_OF_DOCUMENT_TOKEN_TO_BE_REPLACED