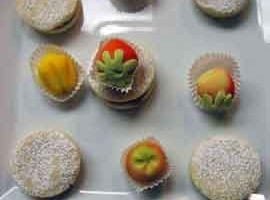 By Ken ColluraFor those of you who don’t know who James Beard was, here’s a quick explanation: James Beard was born in Portland, Oregon in the early 1900’s. His desire was to be in the theater in his early years, but failing in that endeavor, he turned to a passion he had gained from his family - food and cooking. It became apparent that he had a distinct ability to write … END_OF_DOCUMENT_TOKEN_TO_BE_REPLACED