Toni Ketrenos is the beer and wine buyer for New Seasons Market, a locally owned chain of ten grocery stores based in Portland, Oregon.

Ketrenos’ love for wine began while studying abroad in Paris. When she returned, she worked part-time in an Oregon winery’s tasting room while completing her journalism degree from Linfield College. She was the first to write original news content for the internet in Oregon but when the dot-com she worked for failed, Ketrenos turned back to wine. After working crush at a Willamette Valley winery during the 1996 harvest, she turned in her reporter’s notebook for a corkscrew and entered the wine industry full time. She joined New Seasons Market as buyer in August 2001.

Ketrenos has earned her advanced certificate with distinction from the Wine and Spirits Education Trust (WSET), as well as the Certified Specialist of Wine certification from the Society of Wine Educators. She also enjoys judging for regional wine competitions including the Oregon State Fair, the Indie Festival and the NW Wine Summit. In pursuit of a deeper understanding of terroir, Ketrenos has traveled to many of her favorite regions, including Stellenbosch, Piedmont and the Languedoc, to see the soils and vines that yield her favorite wines.

When she’s not working, Ketrenos loves to garden, cook, knit and play games with her son. Her newest favorite spot for sipping wine is the deck of her Ranger 33’ (the Rhône Ranger), which she is currently learning to sail.

I first sipped rosé in the South of France, so there was no choice but to fall immediately and deeply in love. I studied in Paris; during our late-summer break some friends and I vacationed in a small beach town near Béziers, on the Mediterranean coast. Immediately after ditching our backpacks at the budget hotel, my friends and I plopped ourselves down at a table in a … END_OF_DOCUMENT_TOKEN_TO_BE_REPLACED 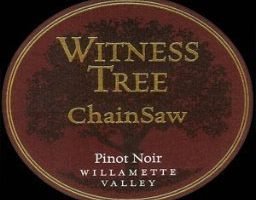 It frustrates me the way vintages are reduced to "good" and "bad". It’s not that vintage doesn’t matter – it can matter tremendously for many wines. But it’s a lot more complex than black or white. Take 2008 Willamette Valley Pinot Noir. The wines are gorgeous, but a little like me at the end of the work week – they’re wound up so tight it will take some time and coaxing before … END_OF_DOCUMENT_TOKEN_TO_BE_REPLACED