A judge ruled last week that California companies will have to add a cancer warning label to coffee. 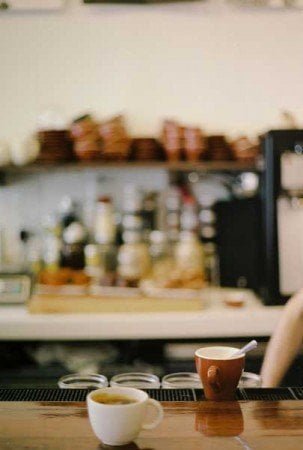 If you’ve spent any time in California, you’ve probably seen cancer warning notices everywhere. These are the result of Proposition 65, the Safe Drinking Water and Toxic Enforcement Act, which requires any business with ten employees or more to disclose any carcinogens and toxic chemicals in their products. This has resulted in signs saying “WARNING: This product contains chemicals known to the State of California to cause cancer and birth defects or other reproductive harm” near the entrance of numerous types of businesses as many products fall under this classification.

The compound, in this case, is acrylamide, a byproduct of the roasting process. One should note that the same chemical is produced by any starchy food as it heats up and sugars and amino acids react to that process. It is also found in french fries, cereal, chocolate, baked goods, etc.

According to The Washington Post, “the scientific evidence linking acrylamide to cancer in humans is scant.”

According to the American Cancer Society, studies have found that acrylamide increases the risk of cancer in rats and mice when the chemical is placed in the animals’ drinking water at doses “1,000 to 10,000 times higher than the levels people might be exposed to in foods.” The society doesn’t know yet how the results would translate to humans, but it suggests limiting your intake of acrylamide.

As for studies with people, the American Cancer Society notes, “Most of the studies done so far have not found an increased risk of cancer in humans. For some types of cancer, such as kidney, endometrial and ovarian cancer, the results have been mixed, but there are currently no cancer types for which there is clearly an increased risk related to acrylamide intake.”

Conversely, many studies show that coffee has a beneficial effect, lowering the risk of some cancers. From the Chicago Tribune –

In November, the British Medical Journal published an umbrella review – pooling 201 studies that in turn had pooled smaller studies – of coffee and health. Higher consumption of coffee was associated with a lower risk of prostate cancer, endometrial cancer, leukemia, melanoma and other specific cancers.

These mixed messages did not sway a California judge. He ruled that coffee companies throughout the state must carry a cancer warning label.

The lawsuit that sparked this debate was brought after Mcdonald’s and Burger King were successfully sued and agreed to put warning labels on their french fries. Now lawyers are asking for civil penalties of up to $2,500 per person exposed each day over eight years. 7-Eleven has already settled, agreeing to pay $900,000 in fines.

Let’s face it – this is all about money… in the end, we’re all gonna die. In the meantime I’d like my coffee with a nice pastry and fries.