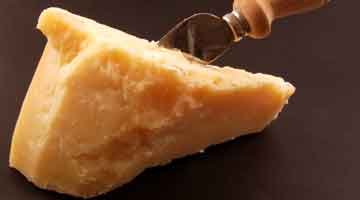 You might notice that you aren’t seeing as much local artisan cheese in stores the past few months. Winter months divulge cheese-making secrets: it’s a seasonal activity. Goat and cow milk production naturally follows seasonal cycles, waning in the fall and winter and escalating in the spring and summer after pregnancies and spring births have stimulated milk production. We tend to forget that milk is linked to fertility; the reason that cows and goats (and other animals, for that matter) produce milk is because it serves as food for their young.

You may see the problem here for a commercial dairy producer or cheese-maker …demand for your products doesn’t necessarily decrease in the winter months, so how do you keep making cheese when milk supplies are naturally low? One thing you can do, of course, is simply follow the seasons–some of the smaller cheese producer such as Sally Jackson in Oroville, WA or Moonstruck Organic Cheeses on Salt Spring Island, British Columbia simply take a break and don’t make cheese during the winter. Cheeses made in prior months are still aging happily in cellars and storage areas during the down times.

But farmers, clever as they are, have developed ways to keep milk production even throughout the year. One way is to stagger birth cycles…by this method, some animals are bred on a spring birthing schedule, while others might be on a winter birthing schedule. Cows, in particular, may be re-bred as soon as 60 days after giving birth on large industrial dairy farms in order to keep them productive. Dairy farmers have fertility patterns planned in ways that are not always appealing or even humane. But on the other hand, if milk production (or cheese production) is your livelihood, you must carefully consider where your milk is coming from. 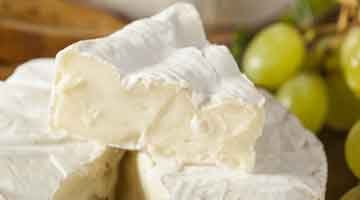 Another seasonal issue that directly affects dairy/cheese production is the food that the milk producing animal eats. In the spring and summer, grazing may be at least one source of food for dairy animals, but in winter, those pastures full of lush, green grass are long gone. During the winter, animals may be fed various types of grain and supplements as an alternative, which affects their milk and the cheese made from that milk. Many cheese aficionados will say that the best cheese can only be made with summer milk, when the cows or goats or sheep have been grazing on sweet grass and (using my imagination) pretty meadow wildflowers. Variations in food and environment brought by changing seasons also affects the color of milk, which is why a natural coloring called annatto is often used to give commercial cheese (as well as butter) that characteristic yellowish color. This reminds me of a section in Laura Ingalls Wilder’s Little House in the Big Woods, I think it was, where Ma colors the winter butter with carrots to give it a warm yellow color. (On the other side of the issue, see [link no longer valid 9.09] for a somewhat disturbing discussion of milk “bleaching.”)

Seasonal changes reveal herd and supply management issues inherent in cheese making – whether it’s directly (where the cheese-maker is also the farmer who raises the animals, i.e. Juniper Grove Farm, Moonstruck, Alsea Acre) or indirectly (where the cheese-maker buys milk from elsewhere, i.e. Beecher’s, Tillamook etc). These management issues, while always lurking in the background, are easier to see in the winter months than in the summer, when grass is plentiful and milk production is effortless (at least metaphorically).

Local Cheese Notes: Estrella Family Creamery cheeses are now available in Portland! Kelli Estrella and her family are making some of the best cheese in the Northwest, but until recently, you would have had to travel to Washington to find any. Now look for Estrella at Steve’s Cheeses and at Foster & Dobbs. Lately I’ve particularly enjoyed Old Apple Tree Tomme and Domino, both made from a blend of cow, goat and sheep’s milk.