Owner Billy Wilson used to be referred to as a “Rock Star Barista” due to his suave, heavily tattooed looks, and three winning Northwest Barista Championship titles. These days, he’s left all of that behind, and as a father of two, he spends most nights at home. Billy says that he’s hung up his competition hat, and is instead “encouraging [his] stellar employees to compete”. It is this ongoing support and commitment that have given them a reputation for that perfect cup, every time.

His two neighborhood cafes continue to keep this level of cool and award winning quality at the forefront. After making the rounds working at some of the best cafes in Portland, Wilson opened the first Barista in Portland’s Pearl District in 2009, and the Alberta St. location – a much bigger enterprise, opened in 2010. As of this writing, he is poised to open a 3rd location downtown.

Barista was one of the first coffeehouses in Portland to seek out and showcase “guest” roasters, even small obscure ones, both locally and from other cities, breaking Barista from the Stumptown dominance found in most other local cafes. The Pearl District location in an old warehouse building shows Portland’s roots, while the Alberta Barista could be described as modern meets Victoriana due to its taxidermy and turn of the century brick-a-brac lining the shelves. Wilson also worked to make Barista Alberta street a place for “beer loving coffee people.” This pairing of coffee and a few carefully chosen drafts, goes quite well together. No matter what the beer or coffee, Barista is an example of a business taking the whole café concept to a new level, all the while keeping quality of the pulls and the pours at the forefront. However, even Billy admits there is always more to learn. 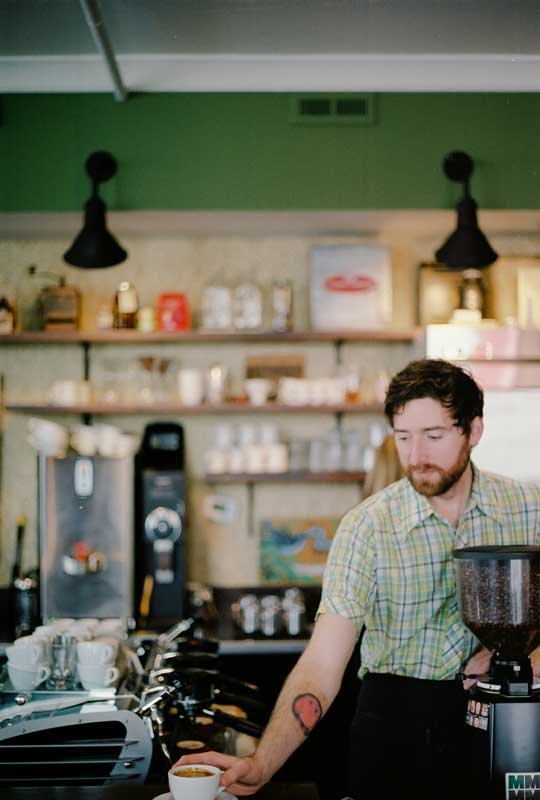 As he told Willamette Week, “It’s like being a cobbler,” Wilson says. “Every day you learn something new about materials and technique. It’s knowing that we’re pulling shots today differently than we were doing it three months ago.”

You can read our interview with Wilson here.

This is another in our series on Portland’s coffee scene. You can see our coffee map here.