When Matt Brown and Jonathan Felix-Lund opened Great North Coffee in St. Johns in 2016, they came with some serious creds. Between the two they have held leadership roles with Clive Coffee, Coava Coffee Roasters, Stumptown Coffee Roasters, Barista, and Coffeehouse Northwest over the last 18 years. In January 2020, they opened a second location in Vancouver, WA., took over Lovejoy Bakers Fall 2022, and now have taken over the former Caffe Vita space on NE Alberta.

I asked Matt what drove them to open a new coffeehouse, he said it was all about being at the right place at the right time.

A number of years ago, Jon and I were neck-deep in trying to open a new school convenience store,  and the city just kept putting roadblocks up for us. It was brutal and a little over the 3-year mark of working on it we’d had enough. I figured it probably wasn’t going to happen and Jon suggested we take a “guys night” to regroup. So that’s what we did. Went to get tacos at Taqueria Santa Cruz and found ourselves parked in front of the old Fourth Estate space. It had a sign on it that said the owners were moving to Chicago.

The shop, though small, had a similar vibe as the original Albina Press and it had a La Marzocco and solid Grinders, so we sent them an email and asked what they planned to do with the equipment and what the deal was with their lease… 10 days later we had negotiated the purchase, a new lease, and got our business set up. It’s now been more than 5 years since we opened and business has been great. LaMarzocco Linea is still the tried and true machine for us, and along with that, we use Mazzer Grinders for espresso and Ditting for Drip. The real key piece of equipment that was a huge game-changer for us during the pandemic was our Turbo Chef. It allows us to cook our breakfast sandwiches perfectly every time.

The coffee beans are from Cova Coffee Roasters, but they plan to start roasting their own in 2023. Pastries are from Dos Hermanos and Petunia’s gluten-free bakeries. All the syrups, sauces, chai, and oat milk are house-made. The Great North Coffee makes some of the best I’ve had in the Portland/Vancouver area, and I make sure to drop in when I’m near one of their shops. 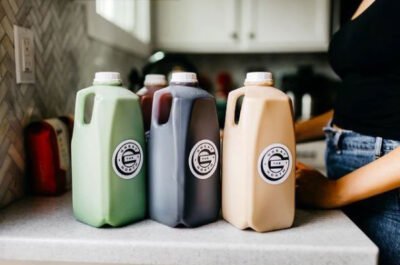 The team is passionate about their coffee, and it shows. Highly recommended.

You can see a map of our reviewed coffeehouses here.