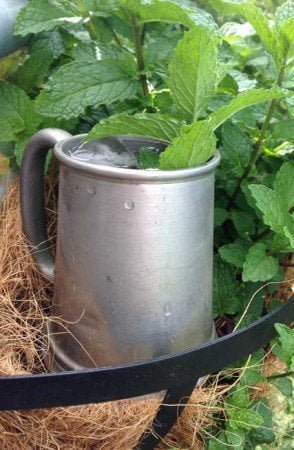 Reposted from 2006 by Lizzy Caston

Some things are worth repeating!

Here’s a bit of Dude trivia: he’s not only a good cook – his Sunday dinners for friends are well-known, but he’s also an awesome bartender. As a matter of fact, his first foray into the food industry was as a bartender at The Magic Pan Restaurant in Beverly Hills. Things were different in those days: to get the job, he had to pass the incredibly rigorous exam of pouring 12 accurate shots without measuring – that’s it.

The Dude was actually working on his degree at the time, and had just taken the job for a weekend to help out a friend. Then a girl came along (isn’t that always the case?), and with his typical determination, he decided to keep the job a bit longer as an excuse to see her again. These days I think you’d call it stalking, but back then it was love at first sight.

Food Dude still looks back on those years of bartending with fond memories. There was the time he was working in a dive bar in Inglewood California, when a customer came up and asked why there were no fixtures in the bathrooms. Yes, a customer came back from the restroom and said, “there’s no toilet”. Food Dude went back and found nothing but a hole in the floor. Who steals a toilet from a bar?! Another time a woman he’d made the mistake of turning his back on after he asked her to leave, broke a beer bottle over his head. The Dude’s dad had always said, “no matter how bad it hurts, always get up smiling”, and he did, totally unnerving the woman before he picked her up by the belt loops, and threw her through the double swinging doors. Those downtown LA bar-fights were legendary; more than once he ended up in the hospital, more often he’d send unruly patrons flying through those doors.

From Food Dude, “Every so often I would be scheduled to work Sundays, which were incredibly slow. One 95 degree day, the air conditioning went out. Patrons didn’t want anything sophisticated, they wanted something cold and refreshing. Faced with the prospect of seeing my tips walk out the door, I came up with this incredibly refreshing drink. It’s not sophisticated and won’t make any award lists; it’s just good. Make a pitcher for a party, and I guarantee it will be the first thing you run out of. Be warned, you must know how to boil water to make this cocktail. Also, the last time I posted this recipe, every store in town ran out of fresh mint, so it’s every man/woman for themselves!”

Make Mint Simple syrup by boiling together 1-cup sugar and 1-cup water boiled until dissolved. Add 1-cup fresh mint leaves, steep for 30 minutes, and strain. Chill before using. Keeps in the refrigerator for weeks, ready whenever you need to dazzle your friends with a refreshing drink.

Muddle Ice, about ½ oz. mint simple syrup and thinly sliced cucumber together in a shaker. Add 2 oz. or so of vodka and lemonade. Shake and serve in a tall glass with ice and a sprig of mint. Smooooooooth.

Notes: Use fresh squeezed lemonade if you’d like, but if you are feeling lazy Columbia Gorge Organic is the best store variety that I have found. I get mine at New Seasons Market or Whole Foods.
(Muddling – smoosh it around, bruising the cucumber with the ice to get it to release its oils & juice.)