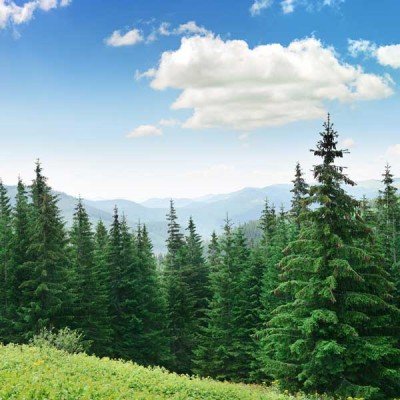 In which you hear about the time I nearly died because of a ham sandwich.

It was a perfect ham sandwich that brought me to the brink of an untimely death. Somehow, that all seems appropriate for me. I suppose I’d better tell you the rest of the story.

It was a fine summer day in 2005, when I jumped into the car and headed south to the Eugene area, to talk to a timber appraiser about the value of some property. It is a two-hour drive from Portland, and I had plenty of time on the trip to reflect and think how nice it was that nothing had really gone wrong since I’d broken my foot two weeks earlier. I even had a fleeting thought that life was pretty darn good. In retrospect, I realize I’d had my sunroof open for far too long, and the heat must have been getting to me, but it was still a nice moment.

My appraiser was there right on time. He was just the type of guy you’d want on your side. A good old boy, he’d been in the industry for 50 years, and learned everything he knew from his father. We started walking my little acres, and I’m trying to be cool, pretending like I knew what he was talking about when I really only understood about half of what he said. It did become apparent, that, as a red-blooded adopted Oregonian, I am supposed to hate Canadians and New Zealanders for swamping our market with cheap logs, but I hadn’t had lunch yet, and most of my time was spent wishing he’d give me the value of my timber, instead of waxing political about trees.

We stopped at our cars, he to get a yellow folder of notes and property maps, me to retrieve a sandwich which had been screaming my name for the past hour. I wouldn’t want you to think this was some ordinary sandwich. The bread was from Ken’s bakery, sliced to just the right thickness. I collect mustard and had carefully chosen one I’d made myself with good tellicherry peppers, brown mustard seeds, a bit of turmeric, and a lovely white wine. The ham was layer upon layer of perfectly cured meat from a butcher friend of mine… but I digress. Let’s just say this was a sandwich that was desperately needed to give me the energy to deal with all the timber talk. 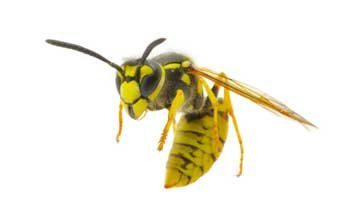 Once again we headed back into the woods. Because of my injury, I was balancing with a cane while munching on the sandwich, the agent rambling on philosophically about the timber industry. I thought I was pulling the cool thing off rather well, nodding and making appreciative grunts at the right times. Truth is, I was so involved in my sandwich I forgot to pay attention to where we were going. That is when I stepped on the hornet’s nest.

You know the moment you’ve done something really stupid, but you don’t quite realize it yet, and the “oh crap” is just starting to form in your mind? Unfortunately, I not only stepped on the nest but then proceeded to stop directly over it and say, “Hey… there is a wasp on my delicious ham sandwich”. Meanwhile, they surged up the back of my shirt and pant legs, and by the time I’d finished thinking, “oh crap,” I was getting stung all over.

I learned a few things:

Of course, the timber appraiser, who was a fairly large man, and, as I project myself into the mind of a wasp, should have been a much redder, sweatier, more threatening target, was completely ignored by the swarm. So I ran with a cloud of wasps roiling out of the ground after me, while he trundled along behind, completely ignored, swatting at me with a big, yellow, legal-sized folder.

His efforts to save me didn’t seem to help much. Sometime during the melee, I remembered that wasp traps are made of bright yellow plastic to make them more attractive to the little buggers, and it didn’t seem like a very good idea that he was now waving that very color all around me, like an air-traffic controller directing in jet fighters.

I’m sure it looked like we were having a terrible argument. I was jumping up and down and gesturing wildly. He was slapping and hitting me with his heavy bright yellow legal-sized file folder. I was still trying to be very cool and act like, “okay, they’re gone, what do you think this stand of timber would be worth over here” – and would suddenly have another one fly under my shirt or up my pant leg, stinging me yet again, and the entire dancing, slapping, argument would start over.

Finally, they were gone and I moved on to the next lesson:

I always was a bit on the dramatic side.