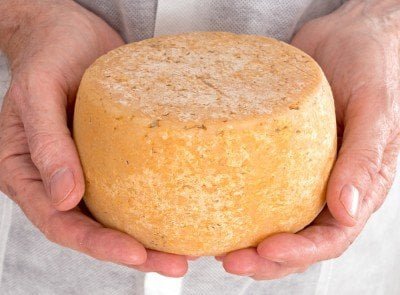 In my last discussion about cheese here at Portland Food and Drink, several commenters mentioned price as a big part of their decision to buy (or not to buy) domestic artisan cheese. This intrigued me, so I’ve been pondering the issue for awhile.

The first part of my thinking involved some retail research. I visited a local cheese purveyor a few days ago and randomly compared prices on a few foreign vs. domestic cheese. The result? It’s a mixed bag. Here are some retail prices (per pound) for a few types of cheese:

Obviously this is unscientific, but overall, I don’t think one can necessarily generalize that domestic cheese is more expensive than foreign. The more obvious conclusion is that cheese is expensive, period.

I tend to think there’s more to the issue of how we buy cheese than strictly price. Many of us might be willing to spend money on wine, specific cuts of meat or exotic produce but why don’t we automatically make the leap to justify paying for (domestic) artisan cheese in the same way? I know I frequently ogle Cowgirl Creamery Mt. Tam and Red Hawk in the store, but either one can cost nearly $35 retail, and that price gives me pause. Some stores helpfully sell half rounds, but even at upwards of $15, the price still makes me wince a little. If you buy organic produce, you’re probably paying more for it than “regular” produce because of the perceived benefits (to your health, to the environment, etc). I don’t think we make the same conceptual leap in relation to cheese purchases, or at least not so easily.

To some extent, consumer cheese buying habits are the result of personal taste and preference, but as I’m thinking about this, I’m interested in how those preferences are shaped. I think a large component of our (lack of) perception about cheese is that we simply do not have a centuries-old tradition of cheesemaking and cheese consumption as does, say, France, where cheese is an inseparable part of culture and national identity. Per capita consumption of cheese in France is said to be more than 50 lbs per person, per year. This is a country that’s slightly larger than Oregon and Washington combined, which produces upwards of 500 types of cheese (Steve Jenkins puts the figure at around 650). In the US, we consume about 30 lbs per year, and I think it’s fair to say that a large portion of that is in the form nacho cheese sauce, not artisan cheese. The states of Oregon and Washington have around 30 cheesemakers between them. I’m not sure what in our culture qualifies as significant enough to be comparable to the importance of cheese to the French; the only thing I can come up with is Coca-Cola – not a very good example. We’re a much younger, larger country made up of diverse regions of microcuisines and local agricultural specialties which arguably work against any one product carrying deep cultural meaning. But I also think this is why it’s easy for us to pass by the cheese aisle altogether and focus on other parts of a meal that we’re more comfortable with and more educated about, like Oregon Country Beef or heirloom tomatoes.

Here’s another angle on the cheese buying issue. I asked a group of friends who carpool to and from Salem every day and have a lot of time to chat on the way, what their thoughts were about paying premium prices for artisan cheese. These are people who are interested in food and who have some disposable income to spend on cheese despite their meager state salaries. To my surprise, two of three discussion participants said that they were intimidated by cheese generally; this influenced their buying decisions, they said, because they weren’t willing to spend a significant amount of money on cheese if they felt uncertain about what to choose and/or how good any given cheese would be.

This tells me that another part of issue is education. Cheesemakers and cheesemongers need to do a lot more to educate people about their products, and about cheese in general. People simply aren’t going to purchase something that they don’t understand and don’t feel motivated to understand – and whether it’s foreign or domestic isn’t going to matter on this level. Farmer’s markets go a long way in this regard, bringing domestic artisan cheese directly to people who might otherwise be too intimidated to go to a cheese shop or to the cheese section of a deli. But even those of us who consider ourselves more savvy in the area of cheese appreciation might choose to buy the default Roquefort or Bucheron or Manchego we’re familiar with – and perceive the choice to be potentially better because it’s foreign – rather than try an unfamiliar domestic artisan cheese with an iffy pedigree.

Immigrants brought cheesemaking expertise to the United States from their respective countries, but cheesemaking for the most part took a back seat to survival in the New World. Today, in our twenty-first century United States, people are talking about an emerging “new wave” of domestic artisan cheesemakers. Clearly, said domestic cheesemakers have their work cut out for them if they hope to achieve the cultural prominence afforded the Old World fromageur. Whether or not that’s possible or even preferable, we cheese appreciators can contribute by taking the time to learn about cheesemaking in our own backyards.

Today’s Cheese Recommendation: New Seasons has just started carrying goat’s milk cheeses from River’s Edge Chevre, a new Oregon goat cheese producer out of Logsden, Oregon (near Newport). I tried their soft ripened cheese recently and it was really remarkable – rich, creamy, complex and a little oozy around the sides. This is really good stuff if you like smelly, brie-style cheeses.