The New York Times has an article called (brace yourself) The Maggots in your Mushrooms. It talks about the allowable amounts of insect and mold parts in processed foods. When I was in college I read something along these lines about Fig Newtons and didn't eat one again for months. I love this paragraph: In case you're curious: you're probably ingesting one to two pounds of … END_OF_DOCUMENT_TOKEN_TO_BE_REPLACED

As promised, more Michael Hemorrhoid news. An article in the NY Times called "Rebel, Disgraced, Tries to Pull Off Rebound" finally hit the newsstands Wednesday. Though the piece barely skims the story, it is good reading. Some choice clips: “What’s most despicable is that Michael just left,” said Tommy Habetz, the chef and a partner at Mr. Hebberoy’s Gotham Building Tavern in … END_OF_DOCUMENT_TOKEN_TO_BE_REPLACED

Kenny Giambalvo is Leaving Bluehour One rumor floating around has caught my attention, just because I've heard it so much: Kenny Giambalvo leaving Bluehour. After the ill-fated Balvo fiasco, it wouldn't surprise me. Remember though, this is just a rumor. Update May 16th. Kenny dropped in an issued a strong denial. From Cuisine Bonne Femme: (Note: … END_OF_DOCUMENT_TOKEN_TO_BE_REPLACED 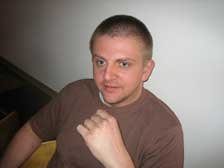 Since returning to Portland in 2002, Morgan Brownlow has seen his star rise higher, faster, than any local chef in recent memory. After two years with Ripe and Family Supper, he became partner and founding chef at Clarklewis, which won the Oregonian's Restaurant of the Year for 2004, barely three months after it opened. More, according to his peers, when Brownlow is on, he is … END_OF_DOCUMENT_TOKEN_TO_BE_REPLACED 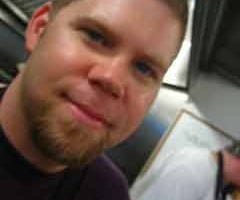 After training at the Culinary Institute of America, and spending four years at Chez Panisse, Troy MacLarty landed in Portland, as chef of Family Supper, a job he left in late 2005. After stints at Simpatica and Saucebox, in November 2006, he took over as chef at Lovely Hula Hands, when it debuted at its new North Mississippi location. As cooks prepped dinner in the … END_OF_DOCUMENT_TOKEN_TO_BE_REPLACED