You are here: Home / Archives for The Cheese Bar 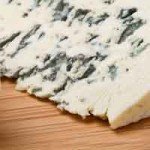 It's no secret that the Cheese Bar (and especially Chizu) are on my must visit list for Portlander and visitors alike. Now Steve Jones has announced a cheese course for those who are interested in learning more about French blues, Spanish Basque cheeses, or what is happening with cheese right here in the Pacific … END_OF_DOCUMENT_TOKEN_TO_BE_REPLACED

We love our cheese, and there are only a few places that we like to buy it. I was surprised at the small number of stores nominated - only 16, with many only getting one vote. I also was surprised by the absolute landslide for one shop, which received 55% of the vote. Here are the results for the best place to buy … END_OF_DOCUMENT_TOKEN_TO_BE_REPLACED 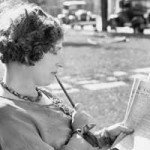 I forgot this news - Trent Pierce of Fin fame has announced that he will be doing "sneak peek dinners" which will feature dishes from his "new seafood concept" which will open later this year. Trent Pierce and partner Benjamin Blank are looking for a space in the Pearl for the new place. I posted the press release a … END_OF_DOCUMENT_TOKEN_TO_BE_REPLACED

Note: Steve's Cheese has moved, expanded and now serves sandwiches and small plates. The name has changed to Cheese Bar. He also opened "Chizu", a cheese tasting bar in SW Portland. A couple of weeks ago, Steve Jones celebrated the one year anniversary of Steve’s Cheese, his cheese and cured meats shop located … END_OF_DOCUMENT_TOKEN_TO_BE_REPLACED

Best Coconut Waters Updated 9.23.19 - added Maui & Son's. Full change list at bottom. What are the best coconut waters? Judging by the amount of shelf space devoted to them in grocery stores, coconut water is a popular item. Not being a huge … END_OF_DOCUMENT_TOKEN_TO_BE_REPLACED