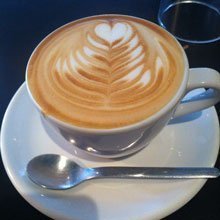 Portland baristas placed in the top six positions in the 2012 Northwest Regional Barista Championship competition, beating out competitors from Washington, Montana, Idaho, Wyoming and Alaska. On the last day, Devin Chapman from Coava Coffee in Portland took first place. This marks the first time a competitor has won both the NRBC and the Brewerscup.

The next step is the National’s, which will be held in Portland April 19-22, 2012, at the Oregon Convention Center. The 2012 World Brewers Cup will be held in conjunction with the Specialty Coffee Association of Europe’s World of Coffee event in Vienna, Austria from June 13-15, 2012.

Congratulations to all the Portland competitors! You’ve made us proud.

Previous Post: « News From Around the Web For January 28th
Next Post: Winter is Here! Let’s Go Bone Luging! »