What is the best Middle Eastern Restaurant in Portland? 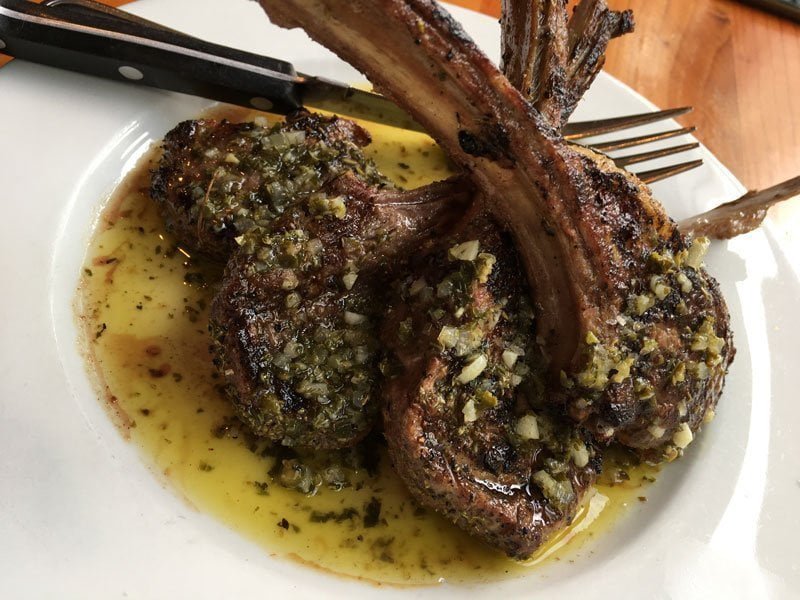 For years I said that Middle Eastern food had tons of potential, but chefs weren’t exploring it. But since we ran the 2015 survey we’ve seen lots of changes, when Levant and Mediterranean Exploration company burst onto the scene. That forced other restaurants to up their game and we’ve never looked back.

Previous to their opening, most menus in town were about the same, and the quality wasn’t all that different between restaurants. Then John Gorham’s Mediterranean Exploration Company brought us a much wider range of food from the region, including Syrian, Israeli, Greek, Turkish and general Mediterranean influences. Though regretfully Levant closed, Tusk took its place, bringing a mostly vegetable menu that stretched the boundaries of what the average Portland diner expected from the cuisine. Finally, I feel like I am eating the food of the variety and quality that I was served when I was living in the Mediterranean and surrounding areas, in some cases better. One plus for many – all of the restaurants have gluten-free options.

The impact the new restaurants are having has diluted votes for the stalwarts. The ever popular Nicholas has fallen from 38% of the vote in 2014 to 19% today; clearly, people are investigating some of the other available options. I haven’t tried all of the restaurants on this list so can’t comment on them all, but they received enough votes to be included. Perhaps some of you can give your opinions in the comments below.

779 votes for the best Middle Eastern Restaurant were cast.

Nicholas opened in 1987 and has drawn crowds ever since, with enough diners to open additional restaurants on NE Broadway and in Gresham. After all of these years, it still gets 19% of the vote, putting it 9% higher than its nearest competitor. The food is reasonably priced, though it has climbed from the bargain it used to be. Portions are ample, and the menu covers a wide variety of dishes. If the cuisine is new to you, try one of the Mezza (sampler) platters, and you’ll get an idea of how wide ranging the food can be. I don’t think it is the best Lebanese restaurant in town, but when you are in the mood it fills the need.

Whenever someone asks me for the one restaurant in Portland where I could eat every week, I don’t even hesitate – it’s MEC. For my taste John Gorham of Toro Bravo, Tasty n Sons/Alder etc. knocked it out of the park. I like the space, service, drinks, and the food, and after at least a dozen meals, I can say I’ve never had a bad experience. For me, it is the closest to the upscale food I’ve eaten on my travels through the Mediterranean. Start with a cocktail – I always have a retsina spritz because I drank a ton of it in my younger days, but the more sophisticated cocktails are quite nice. Everyone should try the Greek Lamb Chops, finished simply with oregano, garlic and lemon, the Grilled Octopus Salad, the Kubaneh bread… or just go for it and order the Chef’s Tasting Menu ($45).

The first time I went to Tusk which is in the same space as my prior Middle-Eastern favorite Levant, I didn’t want to like it. I had so many good memories, it was difficult for me to make the mental transition. But over time the restaurant has smoothed out bumps in the menu, and at this point, I’ve been won over.

Tusk is brought to you by the Ava Gene’s partners, Joshua McFadden and Luke Dirks. They took a lot of flack for focusing on vegetarian dishes, but the menu has expanded to cover items that will please most carnivores. However, make no mistake – the menu is still vegetable driven.

I always get the Baked Halloumi, a cheese with a very high melting point that makes a good vehicle for the other ingredients, but it is easy to hopscotch through the menu, especially the items that come in two sizes. Try the “Magic Carpet Ride” – they choose the dishes and all you have to do is sit back and enjoy ($50 per person). Save room for dessert – the pastries by Nora Antene will make you happy.

Ya Hala is a family owned restaurant specializing in Lebanese cuisine. It’s one of the few that have a full weekend brunch menu with everything from “Sfoof”, a turmeric and anise coffee cake, shakshuka, soujouk and more. It always brings back good memories for me, and I’m glad to see the breakfast cuisine getting some attention. At dinner time load up on the mezza plates and put together a conglomerate of colors and flavors.

DarSalam opened on NE Alberta in 2015 and added a downtown location on Alder street in 2016. I prefer the decor of the downtown restaurant. Many of the menu items seem typical of the other restaurants on this list, especially the mezza. But many dishes have variations on preparation and spice. Overall, I think this is the best Iraqi restaurant in Portland. My favorite dish here is the Curried Cauliflower. Yes, that’s what I thought, but when I went with a friend, I talked her into switching plates after I tried hers. The Lamb Khema is great comfort food on a cold fall night. And try the Arak – it will remind you of ouzo, the anise flavored Greek liquor, which I happily drank every day for the year I was in Greece.

I don’t normally cover food carts in these surveys, but Wolf & Bear’s got a ton of write-in votes, so here they are. I’ve only been to the one of Mississippi, and though the menu is limited to 5 options, I enjoyed everything. The food is fresh, and the price is right – all items are $8 or less. I tried the Labneh, the Kalamata Tapenade and the Falafel, which is one of my barometers of any Middle-Eastern restaurant. All of the dishes made me happy.

John Gorham and Kasey Mills opened Shalom Y’all in 2016. I love this restaurant. It’s small, with a well-defined focus on Israeli cuisine. Though at first glance it seems to borrow menu items from MEC which is by the same owners, dishes are skewed towards Israeli preparations. For instance, three different hummus are available, the kebabs are different from those at MEC. You will find some duplicates such as the Labneh and those famous MEC Lamb Chops.