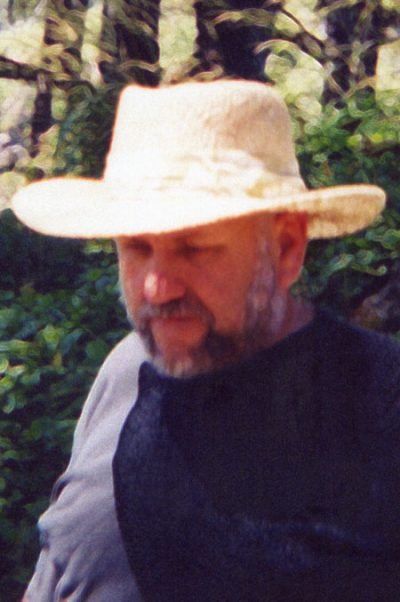 David Jenkins is no longer with us, but his spirit is in this website through the stories he told us over the years. I was cleaning out old posts today and thought I would repost this one from April 2013.

I grew up in a family that was not sophisticated about food. We were not sophisticated about many things … the red Nash Rambler with Bible verses painted on both sides, our clothing from neighborhood rummage sales, our house on the north end of town … and our food. I trace our relationship to food to my grandmothers. My mother’s mother, Grandma Williams, was a grim woman. It is telling that I don’t recall her first name. And I have no “food memories” of her and though we visited often, they were short painful visits for a child. I even had meals in her home, but it is like trying to recall invisible food. Grandma Jenkins, Gladys, on the other hand, brings a flood of food memories … home-made flour noodles and roast beef gravy, orange or lime Jello and Cool Whip for the times I was sick, and the back porch filled with large popcorn tins, leftover from the heyday of Mom Jenkins Popcorn Wagon. I was very partial to the caramel corn.

I got the impression that my mother learned to cook from her mother-in-law and not her mother. I know for a fact that my father insisted that his mother teach his wife how to make the wide flour noodles that were a staple in his childhood and mine. She never quite got the hang of it and abandoned the hope of replicating them.

There was a rhythm and schedule to food in our family. Sunday was always fried chicken and it was always delayed because my mother would be caught up in watching football on television. Monday was meatloaf. Tuesday was fish, halibut to be exact. Wednesday was macaroni goulash. What was Thursday? Friday was steak. Saturday was hamburgers from Arctic Circle. I’m sure there were occasional reprieves from this schedule, but it amazes me that I can recreate it now, with the exception of Thursday.

My mother made excellent fried chicken and an excellent potato salad. I know of almost no one that makes potato salad with chopped sweet pickles. However, my mother was partial to the taste of charcoal; she would burn her toast on purpose.  Meatloaf always had ketchup atop a mound of hamburger. Everything had lots of onions and no shortage of salt.

Sophistication would slip into our food lives every so often. My sister would come home from college and make green beans from a can with Campbell’s Cream of Mushroom Soup. We would stop at a restaurant in Pendleton called Gunther’s and I would discover the joy of sour cream on a baked potato with coarse black pepper. There was the one night my father made me butterscotch pudding from scratch.  We always had clam chowder on Christmas Eve.

We lived close to poverty. The family across the street had hamburger gravy almost every night or a fried egg sandwich with pepper and ketchup. The Mormon family that lived closer to the river had eleven children, but would always ask me to stay for supper if I was around. I don’t recall the flavors, only the quantities.

Some things didn’t require sophistication … fresh corn on the cob with butter and pepper, rhubarb broken off from the stalk and immediately dipped in sugar … eating homemade butterscotch pudding with my father at 11:00 PM.

There is a power to our memories of food. November 22, 1963, I stayed home from school because I was sick. I liked school and did not make excuses to stay at home. At noon that November day my mother instructed me to fry a piece of baloney for a sandwich. I expressed frustration that the slice of baloney was making a bubble in the pan. My mother came and stood by my side and made a slit in the frying baloney from the edge to the center, “Now it will lay flat.” She returned to the living room to watch her soap opera, As the World Turns. From the kitchen, I heard the earnest newscaster say, “We interrupt today’s program with a special news bulletin from Dallas, Texas …” I ate a fried baloney sandwich and slowly learned that the world was unraveling.