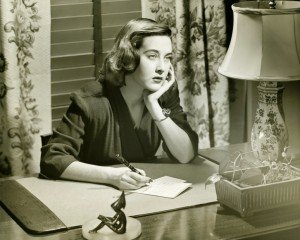 This contest has now closed, but you’ll enjoy reading the food writing in the comment section below.

Over the history of the site, we’ve had several food writing contests. They have been so successful, I’ve lined up some great prizes, and we’ll do it again. The winner will receive:

This year the theme is Fall Food Memories. It doesn’t necessarily have to be about Portland, but it must be a food-centric experience. Let’s keep the entries to 500 words or less.

Here are a couple of winners from previous years:

In the fall 1997 I had planned on throwing a big party to celebrate the five year remission of my cancer. It was a chance to thank everyone that had been such great friends and provided me support in getting well. The five year point seemed appropriate, but my best laid plans were undone when at my checkup the doctors found the cancer had spread to my lungs.

Instead of a party, I was having surgeries, chemotherapy and readying myself for a bone marrow transplant. Thanksgiving was coming and through an unrelenting stream of begging, I convinced by doctors to let me see my family and fly from the East Coast to Portland. They packed me a cooler full of drugs and I arrived in Portland looking (and feeling) like a ghost. Being somewhat unfamiliar with Portland at the time, I asked my sister to make reservations for us at a “really great restaurant” for Saturday. I really wanted to have my some acknowledgement that I had indeed made it five years.

We arrived at Paley’s Place and once we had filled everyone’s glass with wine (including myself, against strict orders) I stood up and thanked everyone for being there. As I struggled to maintain my composure, I explained that while I had planned on my celebration to be a bit more grandiose circumstances dictated that the party be a bit more modest. Nonetheless, I had made it five years and I was determined to recognize the accomplishment. It was at this point, we all realized that this was likely to be our last time together as a family and the mood became decidedly somber.

And then my 85 year old grandmother stood up. She had started drinking earlier in the day and had a penchant for ill-timed, inappropriate comments. We all looked at each other nervously as she proclaimed, “I propose a toast to David! We hope you live longer than we anticipate!” She then sat down and took a long pull on her glass of wine. The table erupted in laughter. It was what we were all thinking but afraid to say. It was finally a party, a family meal with all our unique craziness. We ate fantastic food, drank really good wine, told stories, and argued over things of little consequence. It remains the best and most memorable meal of my life. The food was wonderful, but sharing it with people who were acknowledging their love for each other made it something special. The meal is now part of family lore. I live in Portland now, and at each five year anniversary from my bone marrow transplant, I have dinner with my family and I toast my grandmother.

Breakfast when I was a kid was a weekend event – cold cereal before school didn’t count. And every weekend it was pretty much the same thing. Daddy would get out his cast iron skillet, place it on the gas stove and start frying. Always eggs. Sometimes bacon, occasionally ham – and if it were fishing season there would be fresh caught rainbow trout from his 4 am jaunt on the lake.

Daddy grew older and ended up having a triple bypass. But he never lost his love of fried potatoes. When he reached the age of 88, I moved to Tucson and lived with him and my stepmom. Over the course of 16 months I perfected the fried potato. Not the grated wonder that my dad turned out; but a thin sliced, perfect circle of crispiness. With a soft center that melted in your mouth.

My step mom always said that I was spoiling him. But I like to think that I was feeding his spirit – transferring the love that he gave his baby girl right back to him, by way of a fried potato.