According to KGW News, River Maiden Artisan Coffee in Vancouver Washington,  has premiered a $15 cup of coffee. Yes, I said $15. For drip. They justify it by saying there is only 8 cups to a 1/2 pound bag, and that it is considered to be the best coffee in the world. The Panama Esmerelda Especial Reserva coffee, a rare bean that some call the best in the world, is roasted by Stumptown, the only roaster in the nation that bid on the beans. Apparently, if you order one, you are automatically enrolled in the $15 a cup club. They put your picture on the wall if you order a cup. Should the sign above say “suckers?”

I have mixed feelings about this, having spent much more than that on a glass of wine in the past. I suppose if I was making a good income, I might try it just to see what it is like, but they’d have to make a promise to keep my picture off the sucker’s wall. 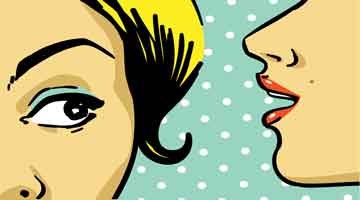 Moving on, we still have Initi, the Peruvian restaurant to open this summer at NE 23rd and Alberta. I have great hopes for that one, as the chef has good experience at Andina during its prime.

Por Que No‘s second, larger, location is about to open on er.. Hawthorne and 46th, it will be called Port Que No Otra Vez. That would put it up near the new Albina Press, which is odd because the current location is near the old Albina Press. Conspiracy? I think so!

Rumor on the street says Hot Lips Pizza is going into the bottom floor of The Civic, that big glass condo tower on West Burnside. Great location I’d say. Speaking of which, That’s the same place a big sports bar called The Agency is opening. Some of the condo owners in The Civic are up in arms – what could be a noisy bar is going to have the front doors opening onto the courtyard of their building. I guess I’d be worried too. You’d think they could at least put the front door on the street side of the space.

As you know I don’t attend press events myself, but I’ve been getting lots of emails about the much-anticipated, then suddenly delayed a week, media lunch at Lucier last Week. Apparently it was quite the dog and pony show, with eight courses (including two dessert courses) and a wine pairing for each course. It was also a four-hour lunch, something that was not expected; many writers had to leave halfway through.

How was the food? A few food writers I know raved about it, but several left scratching their heads, feeling overwhelmed, with over the top presentations and jumbled pairings. As one writer emailed me, “it was like a greatest hits parade of trendy dining circa 2005 – sous vide, foams, emulsions, fizzes, pork belly, savory ice creams – sometimes going on all at once on the same plate. It was too much.” It will be interesting to see what the Portland media has to say once their reviews start coming out. At this point, I don’t know anyone that loves it, but I still say it is way too early to review. As the readers of this site voted last year, I’ll reserve judgment for a few more months. Really. Probably. Maybe.