The nominees for the 2018 James Beard Awards have been announced 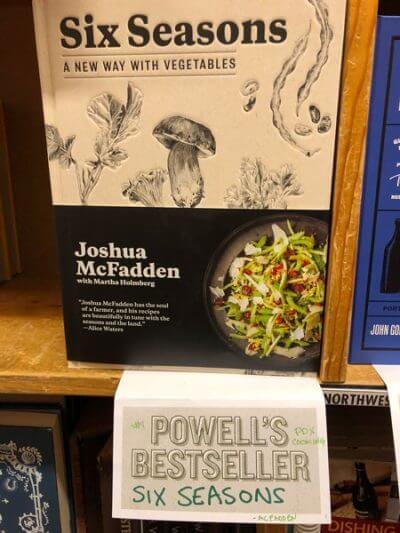 Outstanding Bar Program
A restaurant or bar that demonstrates excellence in cocktail, spirits, and/or beer service.

Clyde Common: Clyde Common was nominated in both 2016 and 2017. This would be the downtown bar’s first win.

Katy Millard (Coquine): Katy was nominated last year in this category. This is her second and well-deserved nomination.

Bonnie Morales (Kachka): Kachka makes all the local critics lists, but despite being nominated in 2015 has never received an award.

Justin Woodward (Castagna): Always a bridesmaid, never a bride – this is the third nomination for Woodward. He deserves to win this year.

Six Seasons: A New Way with Vegetables
Joshua McFadden with Martha Holmberg (this is an outstanding book in my opinion)
(Artisan Books)