Want to check out the menu of one of the most respected restaurants in the world?

Have you ever taken a look at the menu from the world-famous French Laundry in Napa Valley California? I was driving past the other day and thought this would make a good post. The vegetable menu, which looks really interesting, is at the bottom. The price? If you have to ask, the prix fixe is $350 per person, not including wine and tip. It’s not difficult to spend $1000 here for a party of two if you include wine. If you want to dine on the patio, add $100 per person.

We returned for a meal on the patio in March of 2021. Was it good? Yes. Worth the money? Yes, especially for a bucket list item. 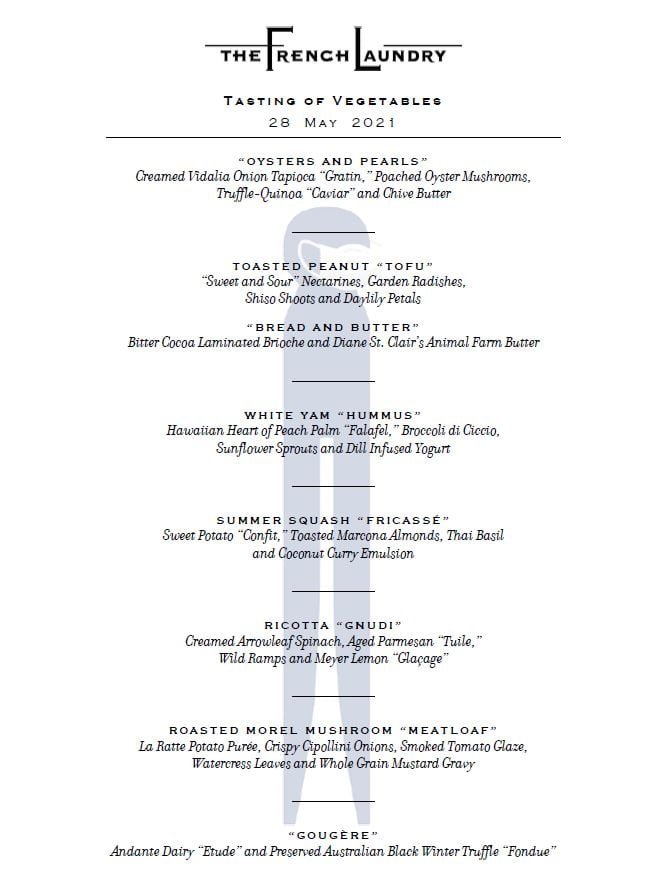