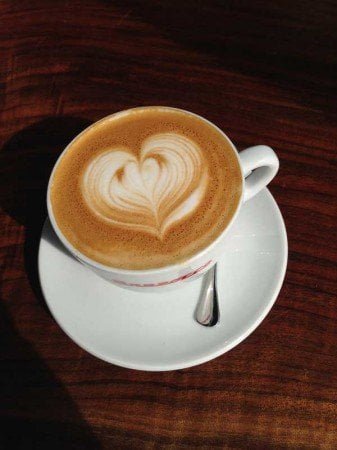 That’s what the signs say around er… 5rd and Stark? Anyway, you might remember they caused quite a stir when they opened in Salem earlier this year, where sales immediately doubled. Coffee is served by buxom bikini-clad women.

Personally I think this kind of sexist shop, pandering to a small group of men who can’t keep their minds out of the gutter for even a moment, is disgusting. I mean, I’ll be going there everyday, but only because I only live 17 blocks from there, and the lines at Stumptown are just so darn long! Otherwise I wouldn’t go near the place.

Speaking of coffee, I got a note that Caffe Vita coffee is opening a store on NE Alberta street

This would be interesting, since they have four stores in Seattle, and one in Olympia. Could we be seeing the first counter attack to Stumptown’s assault on Seattle?

Does this mean we will finally have a source for the rare Kopi Luwak coffee. From their website, “This coffee comes from East Java, Indonesia, where a large civet called a Luwak ingests ripe coffee fruits that post-digestion is harvested, washed, and roasted.” Mmm… now I’d take that over a plain $15 cup of coffee any day! Besides, I’m one of those guys that would take a sip, look at the barista, and say “This coffee tastes like crap!”.

Is it any wonder I’ve been banned from so many coffee houses?