A press release today brings notice of a second closure to hit the Portland beer scene. 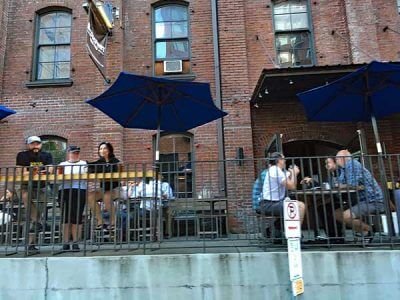 In late January Widmer Brothers closed their tap room which had been in business since 1996. Now comes news of the complete closure of Bridgeport operations. The last day of service will be March 10th.

Today we unfortunately announce that the BridgePort Brewery will cease brewing operations effective immediately, while the BridgePort Brew Pub will close effective March 10th, 2019.  The decision to close was extremely difficult for all involved. Back in April 2017, declining sales caused the brewery to restructure its operations. However, sales and distribution continued declining in the extremely competitive craft beer market of Oregon and the Pacific Northwest, which resulted in this final decision.

We extend our most sincere thanks and gratitude to our hardworking brewers, pub staff, our suppliers, and sales and marketing team for their dedication to BridgePort over the years.  Because of their contributions, BridgePort’s enduring legacy as Portland’s craft beer pioneer will always be remembered.

We communicated this news earlier today to our employees and all are being provided with comprehensive severance packages.

We would also like to thank you—our BridgePort drinkers, pub customers, and fans—for your loyal support over the past 35 years.  We invite you to stop by the pub for one last pint before we close next month. We would love to host you and reminisce one last time.

With our heartfelt appreciation,

I used to drink a lot of Blue Heron Ale back in the ’90s. Sorry to see it go. I have to wonder what will become of the space in the Pearl District. It’s a beautiful old building, which remodeled several times over the years, a major update in 2005, the most recent in 2018. It has to be worth big bucks.