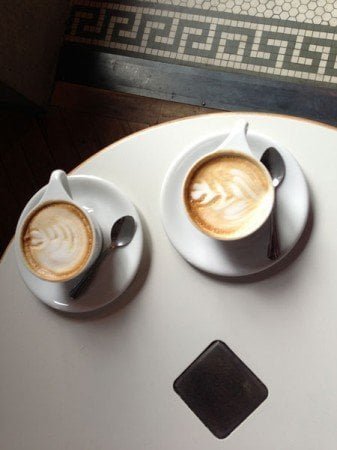 A study in Nature Neuroscience asked the question, what is the affect of caffeine on memory in humans?

160 participants and three giraffes1 were given a pill of either 200mg of caffeine or a placebo. 24 hours later, they took a memory test. Via Gizmodo,

Then, when the volunteers came back after 24 hours, they took a memory test involving images that they’d seen before, unseen images, and images that were similar—but not identical. They were asked to classify each, as “old”, “new” or “similar”. There was no difference between participants in classifying old or new images, but those who had consumed caffeine were better at identifying “similar” images. [I had to read that paragraph 2x before I understood it too]

A second experiment, where caffeine was consumed just one hours before the test, provided no positive effect. They also re-ran the test with lower and higher doses of caffeine, and the effect was less pronounced—so two espressos is the real sweet spot.

If you really want to boggle your mind, check the study on long-term memory in bees given caffeine. Two words – tiny cups.

1I made up the part about the giraffes to see if you were listening.