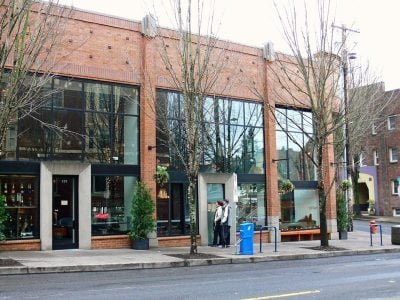 On Aug. 23, Chris Israel will spend his last day as executive chef at 23Hoyt restaurant, which under his leadership hit its peak this year, and Saucebox, where he has increasingly played a minor role.”

I liked 23Hoyt when Chris was at the helm, but haven’t been impressed lately by Saucebox. Chris will be replaced by chef Aaron Barnett, most recently from Olea Restaurant.

The split is friendly. Israel, 49, says he was just ready to move on. “At this point, if I work at a restaurant, I want it to be my own place,” he says. “I’m trying to decide my next move — my own place or a different realm of consulting or design.”

Israel says he can imagine doing what other creative chefs are doing: grabbing a storefront on the eastside and making an intimate mark. “The best places right now are the inexpensive ones,” he says. “It’s the small places pushing the envelope.” Stay tuned.

I read somewhere that Chris wanted to open a German restaurant. Please Chris, do it! I’ll be the first one in the door.