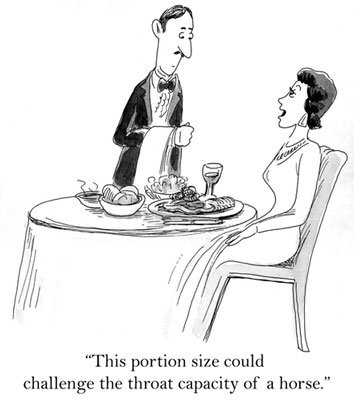 I’m going through every post we’ve ever written, cleaning them up and adding SEO. In the process, I’ve been reminded of some of the fun things we used to do, and I’m going to bring some of them back. We had a food limerick contest in 2006, and again in 2010 that was great fun, and it’s coming back for 2018.

I’ll see if we can get a few sponsors and we’ll start in January. But in the meantime, here are a bunch of older entries to get your creative juices flowing. You won’t make it through without laughing at least once:

I once knew a writer named Gerdy,
When she wrote, her reviews were quite wordy.
When it came to good food,
she snarled with a ‘tude,
And was stabbed by a chef before thirty

“There’s a hair in my soup!” complained Shirley
to the head waiter, short bald and surly;
“You know, I’m appalled…”
“Ma’am, the whole staff is bald…”
“Yes I know, but the hair’s short and curly!”

You go to a place like Castagna
And order the spinach lasagne
Six pinots later
You flirt with the waiter
And most of it just ends up on ya.

de Sade said, “Now don’t think me rude,
But I’ve multiple uses for food.
And eating is merely,”
He sniffed cavalierly,
“The only one seldom done nude.”

Sweeney ordered a simple crab Louis;
What arrived was an herbed ratatouille.
So he sniffed, turned his head,
Grabbed a lighter, and said,
“Time for waiter flambé, with Drambuie.”

There once was a gourmet of mystery,
Who hid his identity and history
His reviews women read
And swooned in their head
Thinking thoughts that were very non-sisterly

“Do you enjoy food more than sex?”,
My girlfriend inquires, perplexed.
She started to cry,
As I rushed to reply,
“I would if it weren’t for the check.”

Said the Burgerville fan from Yoncalla,
“The One Ring is the sweet Walla Walla.
The Vidalia? Too light.
Foreign Mayas? Not right.
Walla-Squared is the Onion Valhalla.”

Murmured Wolfgang in tones most appealing
As he poured the food critic’s Darjeeling,
“I’m an Iron Chef, miss…”
He leaned in for a kiss
His equipment now hangs from the ceiling

A chef, once had it made,
With his cooking he’d often get laid
Then his cupboards went bare,
and the girls fled the lair,
now it’s all he can do to get paid

I said to my girlfriend, “Don’t hurry.”
When she went to Bombay’s for the curry,
but after the fall
and a card from Bengal
I’ll tell you – I’m starting to worry

Old flatulent Major Carew
ate a volatile Indian stew,
five beers and a curry,
some beans in a hurry,
some franks and some pickles, some….PHEWWW!!!

There once was a lass in Northeast
who’s diet was pork and roast beast
one day on the scale
she screamed out a wail
“Green veggies must be my new feast!”

Now then, let’s see what you can come up with! Feel free to leave them in the comments below or on Facebook.