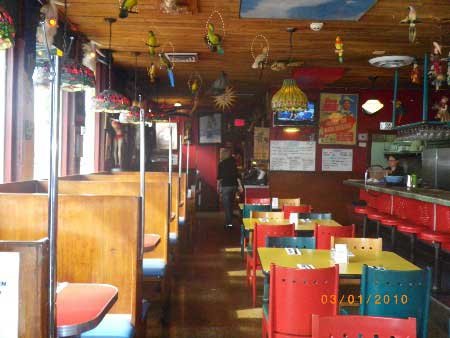 Is Esparza’s Tex-Mex Cafe closed forever? That’s the question today, after the Oregonian reported a sign in the window of the SE Ankeny restaurant that says “temporarily closed for renovating and regrouping”. In restaurant parlance, that frequently means “we’re done”.

Their website is down, but you can’t read much into that – the domain name expired late in December, something that frequently happens in the busy world of restaurant management. Still, you have to wonder.

Joe and Martha Esparza opened the restaurant in 1990, and immediately received accolades for their version of Tex-Mex food, though more often for the menu oddities – ostrich, buffalo and nopales – all fairly rare in those days. In 1992, the restaurant was named “restaurant of the year” by the Oregonian. Crowds followed, and it quickly became known for the long wait to get seated and the strong margaritas. Unfortunately, Esparza’s has fallen off the radar over the past five years or so, and is rarely mentioned these days. Let’s hope they really are retooling, and planning to reopen with a fresh look at the cuisine.