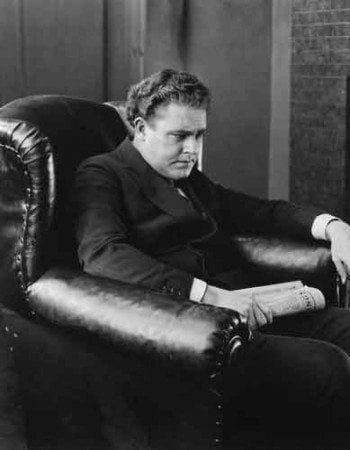 Oy. This bit of news makes me cringe:

“It’s electricity à la mode. Diners are now offered a portable cell phone charger as part of the 15-course tasting menu served by Philadelphia restaurant Volvér, which is owned by chef Jose Garces. The charger is delivered on a small silver platter by wait staff between the sardine and live scallop course. The restaurant calls their tasting menu a “performance” and guests need to buy tickets in advance. Volvér’s website says that guests are welcome to take pictures of their meal and post to social media, but warns that using flash photography would be a faux pas.”

As you may have read here before, Tony Demes’ four year old restaurant Noisette, in NW Portland, is closing. Now the Oregonian reports that Le Vieux Restaurant will be opening in its place. The new owner will be San Francisco restaurateur Annette Yang. Plans are for it to open by November.

Unconfirmed but from an excellent source. Daniel Mondok is no longer associated with the new Swank & Swine in the Paramount Hotel (warning – awful website), which he took over in July. Daniel, over the years chef at Genoa, Paulee, Sel Gris, June, Olea, and Carlyle, seems to be having a difficult time setting down roots.

More ramen news, this time it is coming to Beaverton. Japan’s Kukai Ramen & Izakaya will be opening their first Oregon location at Timberland Town Center mall. From the Oregonian,

According to Michael Russell, “Reviews have been mostly positive, if not life-changing…”

If you like photos of cute kids, “A Four-year-old Reviews the French Laundry” might appeal to you, but I have to ask, really? Really? You take a 4-year-old to the French Laundry? That’s just dumb. On the other hand, it is kind of cute –

For our fifth installment, extreme fanciness edition, we took Lyla Hogan (favorite food: “good ice cream in a hard cone”) to what Anthony Bourdain has called “the best restaurant in the world, period.” (It won that title officially in 2003 and 2004 and is still the #1 restaurant in California and #3 in the country). Lyla is the youngest person to eat a full tasting menu at the French Laundry. With all the widespread and well-earned prestige of the restaurant, it’s not difficult to find countless multiple-syllable reviews from professional critics. Here we prove that there is no purer critique than the facial expressions of a teeny tiny child.

New, slightly upscale Lebanese restaurant Zaatar is now open. Owned by Andrew Karam (of the restaurant Karam, that used to get pretty good reviews on this site before it slowly fell apart), it features standard Lebanese fare, along with a full bar. According to Eater, he hopes to launch a Lebanese pizza menu sauced with zaatar (a Middle Eastern herb mix) and topped with seasonal vegetables. “The second is the launch of prix fixe Sunday brunches, although, since the kitchen will be offering Lebanese family-style meals and not omelets and pancakes, Karam’s hesitant to use the dreaded B-word.”

Hmm. So we now have Levant, Mediterranean Exploration Company and Zaatar. Speaking of which, have I mentioned the lamb chops at M.E.C.? Get some. Possibly the best I have ever had, and that includes standing in a field in Crete with a bunch of drunk farmers (well, I was drunk too), watching them slaughter a lamb and grill it simple with a minimum of seasonings. Four for $26, with a half order available.

Oregon cheesemakers continue to receive accolades at local and national competitions. Most recently, Oregon cheesemakers received 16 ribbons in various categories at the 2014 American Cheese Society competition held in Sacramento, Calif. in late July. You can see the entire list of winners here.

Bluehour has changed chefs yet again, naming Kyo Koo as executive chef. His background is working for Andoni Aduriz at Mugaritz in the Basque country of Spain. He’s been executive chef at clarklewis; no word on who will replace him there. Another interesting tidbit from the press release, is that Erica Landon is working at Bluehour as Wine Director. Somehow I missed that before. She’s got chops! More information here.

Jake Martin is now executive chef at The Fireside 801 NW 23rd. Prior to The Fireside, Martin was Executive Chef at the now closed Genoa. The Fireside also recently gained new lead bartender, Chauncey Roach. Roach, previously at Ración. Speaking of which, I never hear anything about Ración. Anyone been lately?

Finally, Streetcar Bistro & Taproom has re-opened under new management, returning to its original vision as a beer and brown bar with upscale healthy bar food.. From the press release –

The specialty cocktails are now whisky forward and the brown list will feature around 45 scotches and 75 bourbons, whiskies and cognac.  The tequila list will also be expanded to include high end sipping favorites.  Streetcar will be the place in the Pearl to experience the finest in Whisky and Tequila.

Streetcar will now be more a Taproom than ever before and has adopted the Honest Pour Project by purchasing all new glassware marked at 16oz, 12oz and 8oz for varying premiums of craft beer.  With the rare exception of extremely expensive or virtually inaccessible beers, all beers will now be a flat $5.  Gone will be the days of the $6 or even $7 beer at Streetcar.”