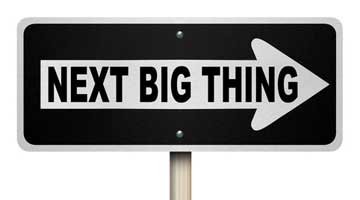 The city of Portland is pushing back on permits for sidewalk tables.

A new proposal in the city of Portland would crack down on restaurants, to make sure there is enough room for people to get by. The city staffer in charge of the sidewalk cafe proposal says the goal is to keep it moving forward through the budget process; Adams’ transportation director says the mayor is considering his options in the face of a budgetary crisis in which the transportation bureau in particular (which governs sidewalk issues) has been hammered by declining gas-tax revenues.

“What I can tell you is it’s something we are getting input on and something he will consider among (other) fees,” says Catherine Ciarlo, the transportation director in the mayor’s office. “What we are contemplating is very low compared with other cities in the U.S. — the starting fee is the fifth-lowest. Seattle’s is $551; ours is $155.”

The proposal also raises the cost of permits –

You can read more information here.

According to The Portland Mercury, Paige Williams has been let go from Portland Monthly Magazine.

I’ve been wondering what was going on over there. Since well regarded former food writer then managing editor Camas Davis left, the quality of the food writing has gone downhill. The most recent issue was as thin as a wafer and the food writing abysmal. A review of Del Inti, the Peruvian restaurant on Alberta street, reads like it was written by a high school student. Another article featured Vitaly Paley with a recipe for, brace yourselves, Cedar Planked Salmon – not in an “irony” or “retro” tone. I felt like I was reading the Silver Palate Cookbook circa 1980. If that’s the best Paige could do, no wonder she’s gone.

He’ll be running the bar at the new Laurelhurst Market and Butchershop. Evan was at PX in Washington DC prior to joining Teardrop Lounge. He’s a good guy, and that he’s joining the Laurelhurst team says good things about that project. Troy MacLarty who recently left Lovely Hula Hands, will also be helping with the opening of Laurelhurst. They are building quite the powerhouse of talent.

Burgerville’s, most recent PR gave me pause. It seems they are adding two “gourmet” seasonal food combinations to their menu each month, each of which will feature a locally produced ingredient.

The introduction of seasonal, gourmet menu items began in February with the Yukon & White Bean Basil Burger vegetarian patty which was supplied by Chez Gourmet, a Wilsonville, Oregon-based company run by Marie Osmunson. A Rosemary Chicken Sandwich and Rosemary Shoestring Potatoes were available throughout the month of March and in April, are enjoying a Spinach Florentine Breakfast Pastry as well as a Spring Spinach and Chicken Salad (photos attached).

For the Spinach Florentine Breakfast Sandwich, local and organic spinach comes from Stahlbush Island Farms, located in Corvallis, Oregon. Stahlbush Island Farms also provides Burgerville with its pumpkin sauce for its Fall seasonal items. The Spinach Salad is made from fresh, local and organic baby spinach from Spring Hill Farms in Albany, Oregon. The local Cranberries are from Meduri Farms, Dallas, Oregon and the Blue Cheese comes from Rogue River in Central Point, Oregon.”

I think it is very cool to live in a city where the local burger chain does stuff like this. They will supposedly have asparagus in May.

Playboy Magazine has named Jeffrey Morganthaler of Clyde common as one of the top bartenders in the United States.

Jefferey is a long-term Oregonian, who recently moved from Eugene to take over the bar program from Kevin Ludwig at Clyde Common. Jeffrey is the bar manager at Pépé le Moko and Clyde Common, the acclaimed gastropub at the Ace Hotel in Portland, Oregon. He is also the author of The Bar Book: Elements of Cocktail Technique.