From the press release, 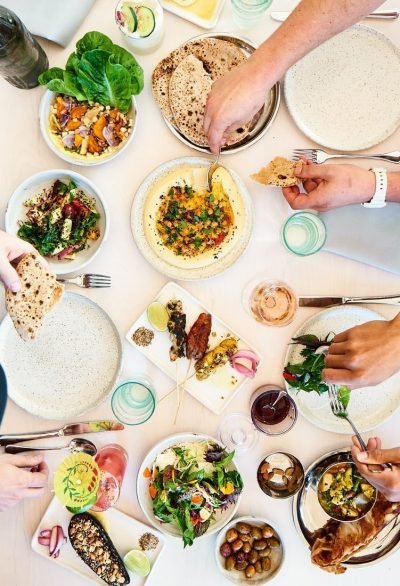 PORTLAND, Ore. (May 4, 2017) – On their third annual Restaurants of the Year list, FOOD & WINE named Tusk among the 10 top new restaurants around the United States. The editors described this year’s selections as “ambitious,” “fun,” and “generous to their communities.” The list spans dining styles, from a sandwich shop in New Orleans to an elegant ode to French fine-dining in New York, representing FOOD & WINE’s enthusiasm for the creativity of America’s chefs and restaurateurs right now. Tusk was the only restaurant included in the Pacific Northwest.

“It’s such an honor for Tusk to receive this recognition, and to see that vegetable-focused cooking is catching on on a national level,” says Tusk’s Executive Chef/Partner Sam Smith. “Our hard-working team set out to make healthier food that’s exciting and delicious, and we’re supported by incredible farmers to help us make that happen. We hope that our cooking at Tusk inspires people to make thoughtful choices about the food they buy, as well as to give them new ideas about what to cook at home.”

Tusk has been presenting Portland with a new approach to preparing the Willamette Valley’s produce since being opened by Submarine Hospitality last August. Smith and his culinary team draw inspiration from the cuisines of the Middle East— particularly Israeli, Moroccan, and Persian cooking—to showcase vegetables, beans, whole grains and meat from local farms. The restaurant has become known for their silky hummus, whole grain flatbread, an ever-changing menu of salads and inspired desserts, as well as equally seasonal cocktails. In addition to the restaurant’s dedication to sourcing directly from local farms, it also features a monthly cocktail (dubbed the Generous Pour), of which a portion of the proceeds is donated to a non-profit.

Tusk’s vegetable-driven, Middle Eastern-inspired menu is the creation of Submarine Hospitality Founders Joshua McFadden and Luke Dirks with Executive Chef/Partner Sam Smith.  Smith’s time spent as opening sous chef at Philadelphia’s acclaimed Israeli restaurant Zahav, followed by his years as Chef de Cuisine at Ava Gene’s informs the ever-changing seasonal menus. All vegetables and most flours and grains are sourced directly from local farms Smith has built close relationships with over the years, and the dishes are meant to be shared in a convivial dining atmosphere. All flatbreads are baked in-house. The dessert program, helmed by former Le Pigeon pastry wiz Nora Antene, along with the cocktail menu by Bar Manager Tony Contreras, are equally as seasonal. Tusk is located at 2448 E Burnside, Portland, Oregon, and open for dinner 7 nights a week (until midnight Mon.-Sat. and 10 pm Sundays), and brunch on Saturday and Sunday. Tel. 503.894.8082