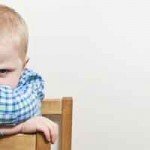 By Ken Collura Introduction: I work the floor as a sommelier/manager in a busy restaurant five nights a week and try to dine out on at least one of my days off, so I’ve written this piece from the perspective of someone who has been an active participant on both sides of the table for many years. There are ways a … END_OF_DOCUMENT_TOKEN_TO_BE_REPLACED 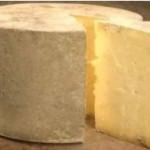 by Tami Parr Now that spring has officially arrived you’ll be seeing more and more local cheeses in stores as Oregon’s artisan cheesemakers go into full production for the year. You might even say cheese season has arrived! And with the start of the Portland Farmer’s Market (as well as others around the area) local … END_OF_DOCUMENT_TOKEN_TO_BE_REPLACED

I love last minute invitations, including the one that came yesterday via email, from Food Dude, saying he could not make the Taste of the Nation event and would I like to go? He even offered to pay. (Thanks, Dude!) And so I get myself to the Convention Center for the event, which supports the hunger-fighting group … END_OF_DOCUMENT_TOKEN_TO_BE_REPLACED 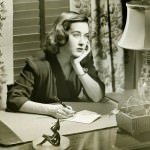 The winnner of our fooku contest is Fathom - Now forego the fork Hold close this slice of heaven Perfect on a crust Thanks to everyone for taking the time to vote. This provided a fun interlude, and we'll do more of this type of thing in the future. Runner up: Pam - Champagne, strawberries and you, here in my … END_OF_DOCUMENT_TOKEN_TO_BE_REPLACED

[There are a lot of people new to this site, who may have missed this review when I first published it back in 1996. I Be sure to read the comments below - priceless!] Driving west on Burnside, one can’t help but notice the warm glow of the sign in the distance. La Campana beckons from a block away. “Come … END_OF_DOCUMENT_TOKEN_TO_BE_REPLACED 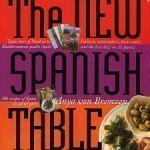 “I love this book,” said Anya Von Bremzen, James Beard award-winning author and contributor to Travel & Leisure, Food & Wine and other publications, on her swing through Portland as part of a 25-city tour for her latest work, The New Spanish Table. “This is my fifth book, and it’s got everything that I want in … END_OF_DOCUMENT_TOKEN_TO_BE_REPLACED 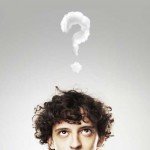 What are the things that matter most to you when you dine out? They include ambiance, location, pricing, quality of food and service. The best restaurants provide all of these elements, although sometimes there are certain places which we frequent, but aren’t exactly sure why. The French would call this the je ne sais … END_OF_DOCUMENT_TOKEN_TO_BE_REPLACED

By Ken Collura For those of you who don’t know who James Beard was, here’s a quick explanation: James Beard was born in Portland, Oregon in the early 1900’s. His desire was to be in the theater in his early years, but failing in that endeavor, he turned to a passion he had gained from his family - food and cooking. … END_OF_DOCUMENT_TOKEN_TO_BE_REPLACED