Grüner is closing January 1st – 7th for major remodeling. During the first week of 2013, they will repaint, install new floors, and add seating in the bar. During that time, you’ll still be able to get the coveted Grüner Burger in the bar, along with a few other dishes that are matched to cocktails.

Speaking of remodeling, the “golden egg” which was one of the least popular features of Lucier, has been removed as the restaurant gets ready to reopen as Quartet. The new bar will be in the same location. 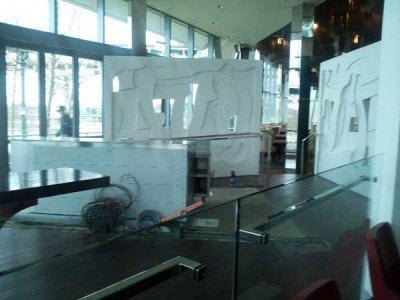 Anthony Bourdain has released an updated version of the book that launched his writing career, Kitchen Confidential – Insiders Edition. The new version has been released as a paperback, and is replete with scrawled annotations, noting things that have changed in the industry, items he’s embarrassed about, apologizing for others. If you are a fan, it’s worth picking up, especially since it is at a paperback price. Here’s an example – 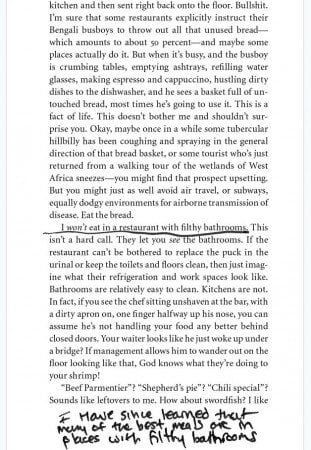