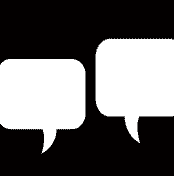 Should food reviews be scored? Should reviewers be reviewed? How can you compare the food at a pool hall, to a fine restaurant?

Jump right in and join the debate.

I’ve seen lots of complaints about the length of reviews; I’ve had some myself. A review is only going to be as thorough and accurate as the budget of the publication will allow. Newspapers and magazines are besieged. Costs are skyrocketing while profits wither, as organizations like Craig’s List eat away at advertising revenue. Critics have to walk a fine balance between doing their job, and alienating the very advertisers that are paying their salaries. We’d all like to be in a perfect world, but as long as periodicals take revenue from the businesses they review, this will, in some way, influence the outcome. They may claim it isn’t so, but they are lying to themselves. It just isn’t possible to be objective in these days of limited advertisers and falling budgets.

So let’s talk about the life of a newspaper reviewer. I’ve been there, so have a pretty good idea what it is like. You compete with other people on staff to get the interesting restaurants. When you are assigned one, you are given a pretty dismal budget; many papers pay anywhere from $50 to $100 towards the cost of the food. Sounds like a pretty good amount of money, but by the time you go to many Portland restaurants, have a few appetizers, a couple of entrees, desserts, and then tip, you’ve easily spent the bottom end of that budget. Now you sit down and write a review that talks about the philosophy, décor, culinary offerings, and maybe six dishes out of the entire menu. Unfortunately, the editor is limiting you to 600, or if you are really lucky, 1000 words, so when you finish your opening and summary, you don’t have much room to describe the food anyway.

You do your best to write within the confines allowed; you send it off to your editor, feeling pretty good about what you have managed to achieve within the constraints. Let’s see; you spent an hour getting the review assigned to you, an hour in transportation time, three hours eating, three hours writing the review and dealing with the edits; that’s a total of at least eight hours. For this, you get paid the enormous sum of $.35 a word, maybe $.75, or if you are REALLY lucky, $2.00 a word. Most critics write 2-3 reviews a month – remember, most papers have several writers – so for the glory of having your name in print, you have turned out a half-assed review that took you eight hours and paid $100.00. Finally, when the finished piece hits the streets it has a headline written by your editor, which pisses off the restaurateur so much, you have to endure a barrage of hate mail for a week. Then, of course, whatever you write will be challenged by lots of people who feel they know more far more about food than you ever will.

Let’s look at another factor, which, in my mind, is a very real problem. Reviewer Burnout. I’ve known several people who started out as wonderful critics. Every few weeks, lovely pages of flowery text flew from their fingers. Vivid description, tricky phrases; you could feel the environment, and taste the food, through their quality prose. Critiques began with anecdotes that pulled you in and made you want to read the entire piece. Unfortunately, most bright flames quickly extinguish themselves. This may be difficult to believe, but it is hard it is to do this week after week, year after year? In five years, will your reviews still have the fresh spark to ignite a reader’s interest? It’s not easy. I don’t think any really good reviewer lasts too long. Here is an experiment for you. Take any newspaper with a long-running critic, and compare the pieces he writes now to what he wrote his first year. Karen Brooks comes to mind – when she’s on, she’s on… but she’s not nearly as often as she used to be.

I’ve been doing this for 14 months. At first, the reviews were easy; they just flew out of my head. Now I stare at the screen and mutter, looking for a new way to say the lettuce was dressed correctly: “The dressing settled in a fog-like mist over the perfectly crisp field greens.” Everything rolls together, and it’s more like a regular job. It takes three times as long as it used to.

There are a few reviewers in town who write nothing better than toilet paper. They steal lines from their peers and make frequent mistakes in talking about various ingredients and whatnot. There are also some that are terrific. Karen Brooks, Patrick Coleman and Roger Porter come to mind.

I’ve used a lot of words, but they all boil down to this. Reviewing is a difficult job. The pay is crap, the work frequently boring, the glory fleeting, and the editorial pressure can be daunting. Finally, half the people that read your column will hate you. Remember this the next time you are reading a blithe little review in the paper: the critic probably only had $75.00 to work with and was getting paid $.50 a word. This isn’t his choice, but rather the constraints of working for an industry in decline.