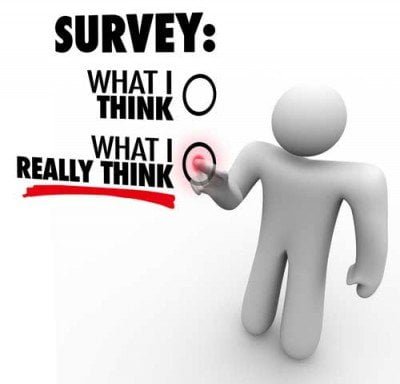 Have you noticed the proliferation of  national “Best” lists lately? Best Burgers in the Nation, Best Tacos, Best Burrito, Best Grilled Cheese, Best Tequila Cocktail…  The PR section of this site receives them almost every day, and frankly, they are little more than “click bait”; stories designed to get you to go to a website to expose you to as many ads as possible. When you go to their websites to find out if a restaurant in Portland has won an award, you are faced with those annoying slide shows, and you get to spend five minutes clicking through lots of stuff you don’t care about.  Modern media love a slide show, because as you click-through, they can expose you different ads on every page. It makes their stats look good to potential advertisers. Trust me, these lists bring in a ton of traffic – on my little site they can generate a good half a million views.

If you take all the winners from various surveys over the last six months, you’ll find that they are evenly spread over the U.S., to draw in as many national readers as possible. That’s a lot of travel, but it is easy on the editors because they email someone who writes about food in each area and ask, “what is your favorite place for breakfast in Portland?” That question came immediately to mind, because I got one of those emails the other day from Epicurious – before you ask, I said Tasty n Alder. As I’ve discussed many times, if they can’t find a local critic, they will instead contact a PR firm – think there might be a bias?

All of this explains the reason that restaurants you’ve never heard of will occasionally pop up on these lists, and why, when you go there, you may have a decidedly less than award winning meal.

Even the list makers themselves are starting to make fun of each other. Take this recent PR for “America’s Best Burritos” from The Daily Meal –

“The writer and statistician Nate Silver’s new website, fivethirtyeight.com, incidentally is about to offer its own “Burrito Bracket,” with results compiled in what seems to us a convoluted way: The initial list is derived from user reviews on Yelp.com. Next, a four-person “Burrito Selection Committee” from different parts of the country — one of whom, chef David Chang, recently told, er, fivethirtyeight.com that “Most of the Yelp reviews are wrong. They just are” — narrows down the selection to 64 choices. Finally, a single eater, writer Anna Maria Barry-Jester, is journeying around the country to sample burritos at all the nominated places. So, an individual critic’s assessment based on crowd-sourced averages? Interesting. But we’ll stick to our method.” – Dan Myers, Eat/Dine editor, The Daily Meal

This rant is not to impugn the winners of these awards. Some of them are deserved, and I congratulate the restaurants who receive them. However, I’m over it, so I’ve been either deleting or posting most of them in the PR section as they come in; not many will make it over here. We all have too much going on in our lives to waste effort on them. I feel differently about local lists, produced by the folks who actually live in Portland, the folks who write them have (hopefully) been to the restaurants.

If you haven’t noticed, restaurants/PR Firms have realized that it is to their benefit to send announcements to everyone – bloggers/newspapers/magazines at about the same time, which is why they frequently end up on my press release site rather than over here.