The TKS Group announced by vague press release that “Kuu”, the fourth Portland restaurant for the group will be opening this summer. Details are sketchy, but here is the PR – 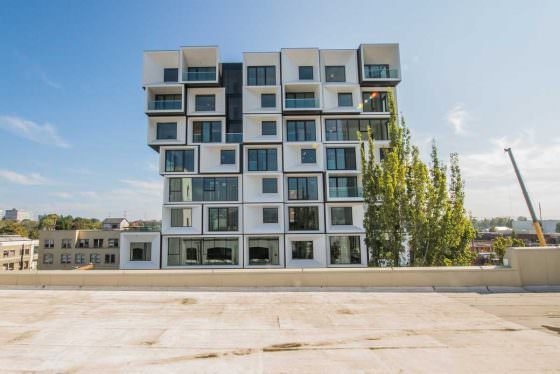 Portland, Ore.—This summer, the pioneers of Portland’s Izakaya-style Japanese gastropubs will open their fourth restaurant at the Burnside Bridgehead. Named after the Japanese word for “sky,” Kuu will be located in Slate, a new mixed-use building at the corner of NE Martin Luther King Boulevard and Burnside. While Kuu’s daily menu will be rooted in traditional Japanese cuisine, the offerings will be uniquely Portland, drawing inspiration from local ingredients and tastes.

“This is going to be a very special space,” said Kuu’s executive chef Yasuharu Nojiri – known by friends and colleagues as “Noji”. “Over the past several months, we’ve been very busy preparing the space and dialing in the menu. We’re looking forward to opening our doors and welcoming our neighbors.”

Kuu’s Tokyo-based parent company, TKS Group, started in Tokyo in 1991 with a small Okonomiyaki-style restaurant. Emphasizing a high-quality dining experience for a reasonable price, the company has been able to grow rapidly; expanding to over 100 izakayas, ramen noodle shops, and sushi bars today. In 2010, Portland entrepreneur Tamio Nojima partnered with TKS Group to open Shigezo Izakaya on the SW Park Blocks, establishing Portland as the American beachhead for TKS. In partnership with TKS, Nojiri and Nojima also operate Yataimura Maru on Southeast Division and Kichinto Izakaya on North Russell.