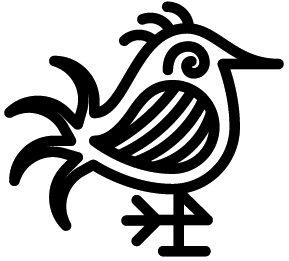 John Gorham has announced that in partnership with Ron Avni and Mediterranean Exploration Company executive chef Kasey Mills, they will be opening a new restaurant to the upcoming Pine Street Market. Shalom Y’all will feature Israeli street food, with a focus on vegetarian dishes, salads, and a breakfast focus “revolving around the classic Israeli morning meal: shakshuka”, which is a favorite at Tasty n Sons. They expect the new Pine Street Market to open on April 1, and the new restaurant on April 18th. One interesting mention in the press release, is that the project is backed by “Toro Bravo Inc Restaurant Management and Design Group”. Makes you wonder if we will have some competition with ChefStable.

Announced tenants at the Pine Street Market are:

Here is the full press release from the Gorham’s –

Executive Chef Kasey Mills with partners Ron Avni and John Gorham are bringing another project to the exciting lineup of chefs and artisans in Pine Street Market with an opening date of  April 1st, 2016 backed by Toro Bravo Inc Restaurant Management and Design Group.

Kasey Mills is excited to bring more Mediterranean flavors to Portland, with a strong focus on  vegetarian dishes such as falafel, hummus and house-made pita, a variety of salads, and a strong breakfast focus revolving around the classic Israeli morning meal: shakshuka.    Kasey says:

“It’s a great time to expand our brand, when there is so much love and heart behind our cuisine.  The market is like a microcosm of the Portland food scene, and I couldn’t be happier to be a part of it.”

The love of Israeli cuisine runs deep in the familial roots of partner Ron Avni. In the early 1960’s, Ron’s father opened Vered Hagalil in Israel overlooking the sea of Galilee, bringing his love of the American cowboy culture and cuisine to the ranch. The inspiration is now coming back across the sea with the opening of Shalom Y’all.

The bar program curated by MEC’s Jamal Hassan will focus on American Whiskeys combined with  the exotic herbs and spices from the region. Look for barrel-aged Arak, Shug and Zater bloody Mary​’s, along with a Lebanese and Israeli beer program.

Shalom Ya’ll will offer a snapshot of MEC’s wine list curated by Mindy Cook,  featuring Mediterranean coastal wines from Israel, Turkey, Italy and France with lots of rosé and bubbly to complement the brunch offering.

Located along the expansive north brick wall of the market, the space will offer a light and bright esthetic with light wood, white powder-coated finishes. With seating for six at the bar,  opening up into the communal dining room the layout lends itself to dining within the bustling market. Designed by John Gorham with his team of local craftsmen, metal and wood workers, Shalom Y’all will be reminiscent of its sister restaurant Mediterranean Exploration Company.

Shalom Y’all will be the 8th operation backed by Toro Bravo Inc. Restaurant Management and Design Group. Gorham’s model of growth from within has proven successful once again with the opening of Shalom Y’all on  April 18th, 2016.