Karen Brooks, dining editor for the Oregonian was laid off this week. 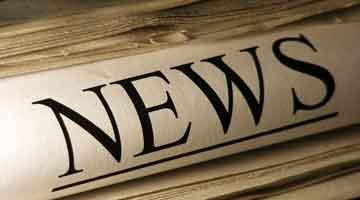 As the newspaper industry has crumbled over the past few years, many long-term Oregonian employees have been offered excellent buyout packages. Apparently, Karen never took advantage of those offers. Now she has been laid off.

Perhaps her long tenure with previous publisher Fred Stickel had her feeling pretty secure, but Mr. Stickel’s replacement, Christian Anderson, seems to be changing the direction the paper is going.

My sources tell me much more of the day-to-day writing will be done by freelancers – a significantly cheaper option for the newspaper, as they will no longer need to worry about things like benefits and paying a living wage.

Karen Brooks was once the dominant reviewer in the Portland market, with wonderfully written reviews, back in the days when most newspapers devoted more of a budget to restaurants. With the O’s increasing use of freelance writers, her star has faded somewhat over the years, but she still wrote an occasional review and broke a lot of food news. I am sure many will miss her (despite the things she may have said behind their backs).

My condolences to laid-off staffers. New jobs in the newspaper industry are difficult to find.