Lompoc Brewing to Close Lompoc Tavern, its Original Pub that Started it All

News today that the Old Lompoc Brewing is closing their original tavern. Fifth Quadrant, Oaks Bottom and Sidebar will remain open. Here is the press release – 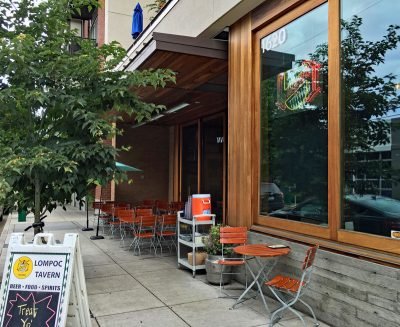 PORTLAND, Ore. –– Marking the end of an era, Lompoc Brewing has announced the upcoming closure of Lompoc Tavern, its original pub at 1620 NW 23rd Ave. The final day will be September 26. The lease is being taken over by Tap & Table, a highly-regarded gastropub that currently has a location on SE Ankeny St.

Lompoc Tavern’s 15 employees have all been informed of the impending closure. Many of the employees will interview for positions with Tap & Table; Lompoc is also working to find positions for staff at its remaining pubs, the 5th Quadrant, Oaks Bottom and Sidebar.

“The time has come for us to move on,” explained owner Jerry Fechter. “We’re embracing this as an opportunity to invest more time and attention on the remaining pubs and brewery, and making them the best that they can be.”

The Old Lompoc Tavern opened in 1993, and began producing handcrafted ales and lagers in 1996 under the direction of Fechter. The business was purchased by Fechter and Don Younger in May 2000 and renamed the New Old Lompoc. In 2012, the building was sold and razed, making way for a multi-use building with retail on the first floor and apartment units above. The new building opened one year later with a new address of 1620 NW 23rd Ave. and Lompoc Brewing re-established its ties to the neighborhood.

However, in the year Lompoc was closed, its late-night crowd found other places to go, and never returned. Over the last couple of years, it lost many of its regulars as well when a number of jobs moved out of the neighborhood.

“Running three individual pubs in three separate parts of our growing city has been a wonderful challenge,” stated Fechter. “We’ve enjoyed serving Portland’s distinct neighborhoods, but we feel we can do more with less.”

September 24 to September 26 will offer a limited menu at Lompoc Tavern with many of its classic beers on tap. The public is encouraged to come by one last time to share memories and say goodbye.

About Lompoc Brewing
Established in 1996, Lompoc Brewing is a longtime Portland favorite that brews eight year-round beers and an ever-rotating lineup of seasonals. You can find Lompoc in bottles, cans and on draft at locations throughout Oregon and Washington, and at its three Portland neighborhood pubs: 5th Quadrant and Sidebar in North Portland, and Oaks Bottom in Southeast. Lompoc beers are proudly brewed in #LompocOregon, a state of mind. For more information, visit LompocBrewing.com and follow @LompocBrewing on social media.